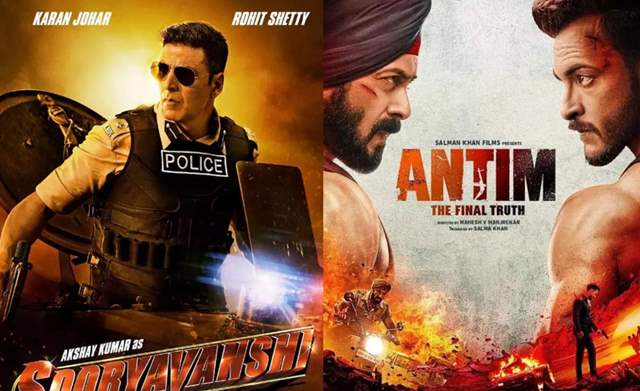 There couldn't have been better news for the theatre owners and moviegoers alike when yesterday it was confirmed that cinemas in Maharashtra will reopen 22nd October 2021 onwards. The pandemic made a huge dent into proceedings especially for the theaters where apart from other industries, it was only the theaters that weren't open in some metropolitan cities.

And as soon as this announcement was made, some of the most-awaited and biggest films went on to confirm their new release dates followed by a huge calendar of films ahead. First things first, the Akshay Kumar starrer Sooryavanshi went on to book its spot on Diwali as it was the first film to be affected by the pandemic and waited for a theatrical release for over a year and a half. And following that, Mahesh Manjrekar and the team of Antim: The Final Truth are set to also be releasing their film in November. And while it may or may not be on the same day as Sooryavanshi, it is still a near clash considering how it will still be difficult to have the same footfalls in theaters right away as earlier.

Talking about the same with ETimes, Manjerkar said, “Antim is releasing in November but we are yet to decide on the date. But, a clash of films is unavoidable now, since there is a backlog of two years. A lot it is stake and there have been examples in the past where films have clashed on the same release date and yet both have done well.”

We are certain the fans would love to see both of them in new avatars indeed.

Cinesoda 2 months ago These people are delusional. Neither will get the footfall required to make a profit. Bollywood has failed. Both films will die on OTT. End of.

2 months ago I am definitely watching Antim.