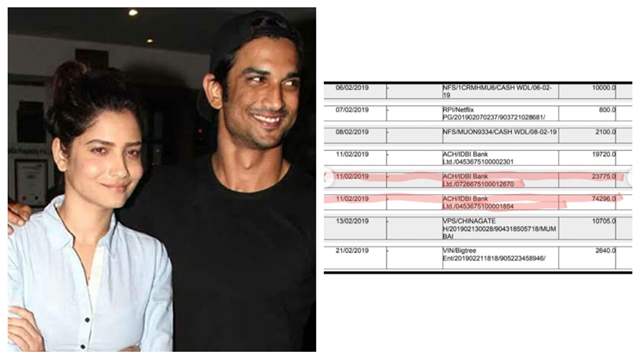 The whole idea and saga surrounding actor Sushant Singh Rajput's passing away and the hashtag, #JusticeForSSR is indeed real now as not only the fans but an array of celebrities from the fraternity have come forward to support the movement and probing CBI to inquire.

As known, apart from the police and CBI, the ED (Enforcement Directorate) are also investigating the case of money laundering for which Rajput's partner, Rhea Chakraborty and brother Showmik Chakraborty were investigated too.

Now, as per ANI, "The EMI of a flat where #SushantSinghRajput's friend and actor Ankita Lokhande used to stay, was deducted from Sushant's bank account. This flat is registered in Sushant's name: ED (Enforcement Directorate) Officer."

According to a report in IANS, an ED source related to the probe said that the probe agency, which took over the money laundering investigation on July 31, is also checking the flat in which his former girlfriend Ankita Lokhande is currently staying.

The source said that the ED is trying to find out who paid for the Rs 4.5 crore flat and if any amount was shared by Rajput.

On the other hand, Lokhande shared a post on her social media accounts clarifying that she has been paying the EMIs of her flat. She also shared pictures of bank statements.

She wrote, "Here i cease all the http://speculations.As transparent as I could http://be.My Flat's Registration as well as my Bank Statement (01/01/19 to 01/03/20)highlighting the emi's being deducted from my account on monthly basis.There is nothing more I have to say."