New Delhi, Sep 23(IANS) Actor-producer Anil Kapoor teams up for the first time with his actress daughther Sonam. The father-daughter duo will be seen together on the small screen for a commercial for German luxury brand Montblanc.

Montblanc is synonymous with pen, watches and accessories, and through this commercial the brand is trying to depict it is not just a pen but has a legacy that is passed down from generation to generation.

'The commercial portrays the relationship between a father and a daughter and how the bond between them is further strengthened by the legacy that is imbibed in the pen,' Rensil D'Silva, executive creative director of Meridian communications, said in a press statement released here Wednesday.

'I think we have a really interesting campaign and some great star power from Anil and Sonam Kapoor. I have faith that this campaign will only take the brand forward,' he added. 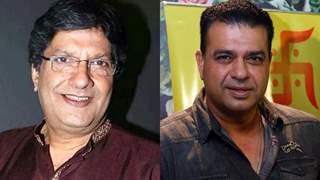