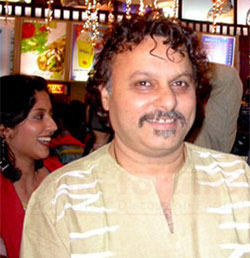 And hear is the news from the horse's mouth. Anil Sharma is currently scripting Veer and though Saif Ali Khan might be in his wish list he has signed on Salman Khan

"Salman khan is there in the film. He will be the leading hero. The heroine has not been decided as yet", says busy Sharma from Khandala where he says

But what about the Deols?

"They will be there in my next film. So I will be working with them then".

"They will be there in the next one. So where's the harm?' he said cutting short the conversation citing his 'busy schedule'. Looks like.the question is making him uncomfortable.