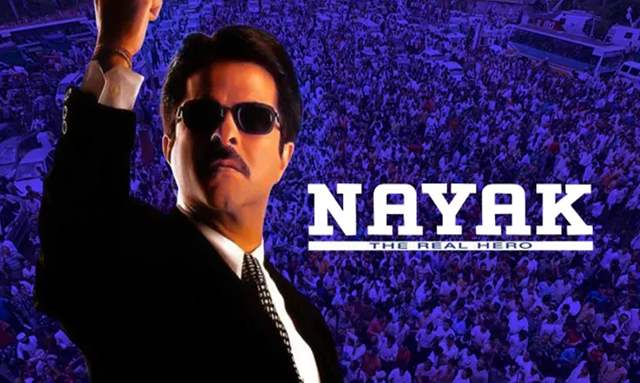 Actor Anil Kapoor is a superstar who has sustained in the industry over four decades and continues to be more relevant than ever. He continues to provide goals not just in the acting department but also with his fitness. While he is 65 years old, Kapoor definitely doesn't look that age in any manner.

And one cannot span a career of four decades and not be a part of some of the most iconic films ever. One of his long list of successes has been the film, Nayak. The film was was an official remake of Mudhalvan and was only director S. Shankar's second Hindi directorial.

The film competed an amazing 20 years today and Kapoor himself went on to post about the same. The actor shared a still from the film on a special day. Talking a walk down the memory lane, he wrote, ''20 years ago I was the Reel life CM for a day and the rest is history! A lot of people had their views about me doing #Nayak but I knew I had to do this film & believed in its message! And now here we are celebrating #20yearsofNayak!! @shanmughamshankar #AmrishPuri #RaniMukerji #PareshRawal @iam_johnylever''-

As soon as he shared the post, Ranveer Singh commented, "Cult." Ace photographer wrote, "Wow I shot this poster AK...!! Time flies." The film, as we know was around a TV reporter Shivaji Rao (Anil Kapoor ) who questions the corruption of the state during an interview with the state CM Balraj Chauhan (essayed by late Amrish Puri). Unable to handle Shivaji's questions, CM challenges Shivaji to become the CM for one day. While the film was a success commercially too, but it became a bigger film with the many reruns it had on the television thus achieving a cult status.

We wish the team loads of congratulations on the feat.

ALSO READ: Inside Rhea Kapoor and Karan Boolani wedding reception: Newlyweds cut a cake ahead of their journey!