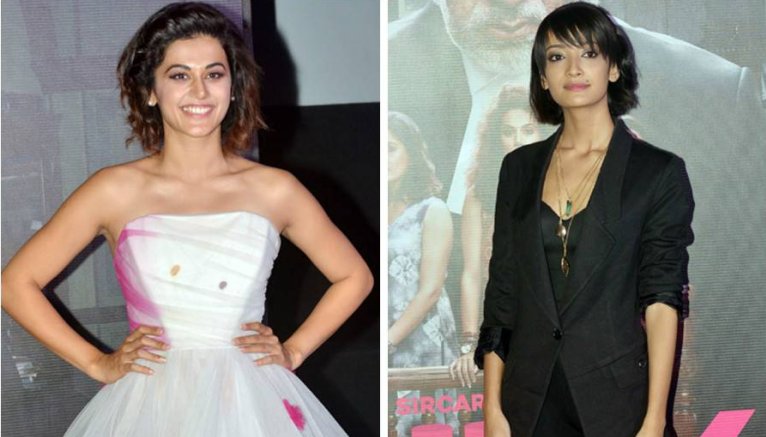 Actress Taapsee Pannu has wished her "Pink" co-star Andrea Tariang on her birthday and said that she made an incomparable acting debut last year.

Taapsee on Thursday shared a photograph of herself with Andrea on Instagram and captioned it: "Happy Birthday to the little one on our big film set who made an incomparable debut in acting last year Andrea Tariang. Be the rockstar you are with the nicest more music and happiness for you sweetheart."

Andrea made her debut along side megastar Amitabh Bachchan and Taapsee in the court room drama "Pink", directed by Aniruddha Roy Chowdhury.

"Pink" was appreciated by both the audience and the critics, and garnered the National Film Award for Best Film on Other Social Issues. It was specially screened at Rashtrapati Bhavan.