The Praja Rajyam, launched by the actor at a mammoth rally at Tirupati Tuesday, is likely to join hands with smaller parties to take on both the ruling Congress party and the main opposition Telugu Desam Party (TDP).

The priorities of the new party spelt out by Chiranjeevi and his stand on key issues indicate the possibility of an alliance before the simultaneous polls to the state assembly and the national parliament.

Political observers feel that the flexibility shown by Chiranjeevi on the issue of separate statehood to Telangana and his criticism of land acquisition for Special Economic Zones (SEZs) by the government all hint towards the possibility of pre-poll alliance(s).

While both the Congress and TDP dismissed Chiranjeevi's speech as dialogues from a film and the meeting as the first show of the star's movie, other parties want to adopt a wait and watch approach.

Both the major parties tried to put up a brave front by claiming that the new party would have no impact on their prospects.

'There is nothing new in the party and Chiranjeevi's speech. He wants to continue what Congress has been doing for the last four and half years,' said state Congress president D. Srinivas.

The actor's stand on Telangana is being welcomed by parties fighting for separate statehood to the region. During his speech, Chiranjeevi promised to protect the self-respect of the region and remove sense of discrimination among people.

'Yet, if people conclude that parting between brothers is inevitable, we will assist in their amicable separation,' he said.

However, both Telangana Rashtra Samiti (TRS) and Nava Telangana Praja Party (NTPP) want the actor to take a clear stand on the issue.

'He should make a promise to carve out a separate state of Telangana,' demanded TRS leader E. Rajender.

As Chiranjeevi comes from coastal Andhra, he steered clear from making any promise as this would have an impact on his party's prospects in Andhra and Rayalseema regions.

The actor's criticism of the Congress government on the issue of SEZs and sale of government lands is likely to help him in finding friends in communist parties.

'In the name of budgetary support, the government is selling away lands. This amounts to selling away the future of our children. The government should act as a protector of people's land and not as broker,' he said in a speech full of rhetoric.

However, the two parties want to wait for few days before saying anything on a possible alliance.

'There is a need for clarity on several issues. We hope that he (Chiranjeevi) will soon announce detailed policies and programmes,' said CPI-M state secretary B.V. Raghavulu.

He feels that the actor, with his star appeal, would have tremendous impact on state politics.

Since Chiranjeevi declared that the Praja Rajyam would be a secular party, political observers feel that he would not join hands with the Bharatiya Janta Party (BJP).

State BJP president Bandaru Dattatreya, however, said his party shares many of the thoughts expressed by Chiranjeevi.

Both the communist parties and the TRS were electoral allies of the Congress party in 2004 elections. However, they have drifted apart due to differences on various issues.

The Lok Satta, a political party launched by former bureaucrat Jaiprakash Narayan, welcomed Chiranjeevi's entry into politics but said it would wait for the new party's policies and programmes before making any move. 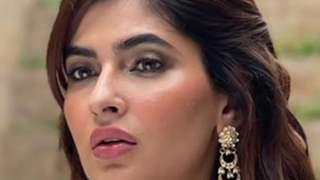