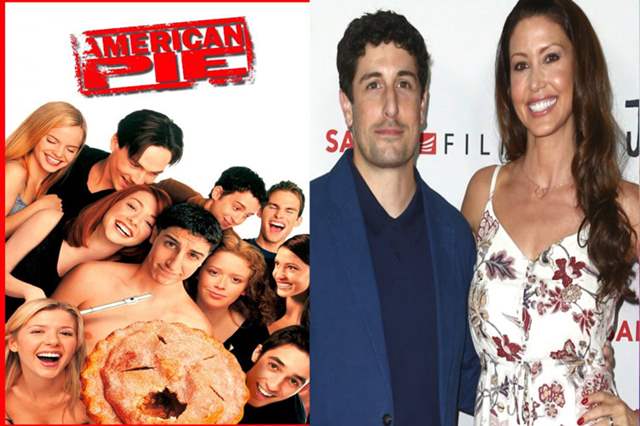 Of course, there have been like a million film following the original one but not one of them managed to recreate that magic. It was assumed that the recent film, American Pie: Reunion would probably be the perfect hit of nostalgia we needed but its amazing how even the reunion film is over seven years old. Time does fly by rather easy.

So, does the idea of an American Pie: Reboot sound good? It certainly does to Jason Biggs aka Jim and Shannon Elizabeth aka Nadia, who probably had the most iconic scene ever together. The actors have now reunited for another reboot and that is Jay and Silent Bob by Kevin Smith. At the screening of the film, when asked about the reboot of American Pie,

"I am always down," Biggs told THR. "You will never hear from me any reluctance, but I haven't heard anything for a little while."

Biggs played the awkward, girl-crazy Jim Levenstein and Elizabeth play Nadia, an exchange student, with whom many of the high school boys were infatuated.

"It is the most fun I have ever had working on anything," Biggs said. "I love that cast, and I love that role. A lot of things have to come together for it to happen, but fingers crossed it will."

Elizabeth explained why an American Pie reboot was a good pitch.

"Look, I think reboots are great because you can get a new generation, a young cast, that is doing the film, but you make it modern and it works for this day and age," Elizabeth said. "So, I never think that is a bad thing."

So, anyone out there, a reboot sounds good to us too!