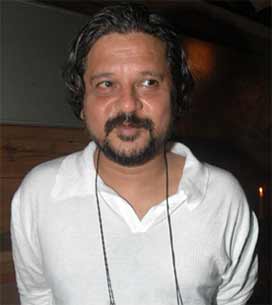 The sudden death of 's father Sudhakar Laxman Gupte earlier this week, has not just left him bereaved but also created a double crisis in his professional life.

While his shooting schedule with Ajay Devgn and Kareena Kapoor in "Singham 2" would have to be modified, most seriously affected is the promotional events for his own film "Hawaa Hawaai", set for release May 9.

Both Amole, who has directed the film and his son Partho, who plays the lead in it, are likely to be away from various media and academic events planned on the eve of the release.

"This a big blow to both Amole and Partho. Both father and son were deeply attached to Amole's father. They are in no condition to go on with the promotional activities," said a source.

Amole had planned a series of motivational lectures with principals of schools across the country.

A source close to the project said: "The idea was to address principals of schools on the importance of letting students develop their special skills rather than forcing them into straitjackets and pre-decided aspirations.

"In fact this was what Amole's first film 'Taare Zameen Par' was about. It's the theme of 'Hawaa Hawaai' as well. Lectures in major cities were carefully planned. But now they stand cancelled," said the source.