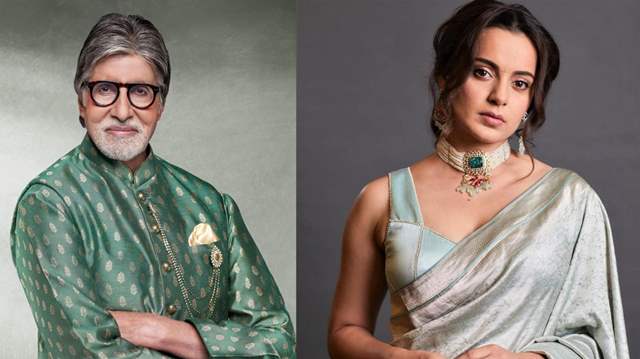 Kangana Ranaut is revving up for the release of his action-thriller Dhakkad. Yesterday the actress took to her social media account and announced that her song 'she's on fire' will drop out today.

Amitabh Bachchan took to social media to share a song teaser from Kangana Ranaut's upcoming film, 'Dhaakad.' However, for reasons best known to him, the megastar removed it later.

Big B captioned the Instagram post, “All good wishes," followed by a thumbs-up emoji. He had also tagged Kangana Ranaut, Arjun Rampal, Divya Dutta, and other cast members of the team in his post. 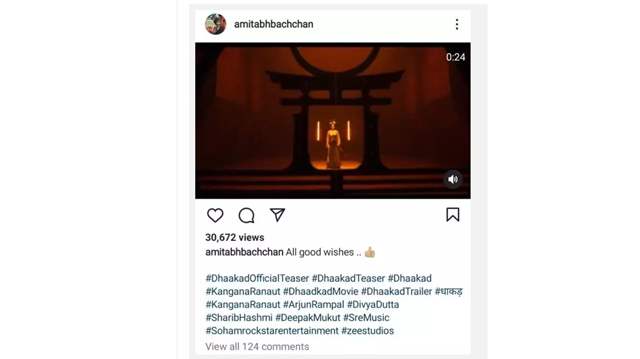 The song 'She's on Fire,' will be released today. Kangana posted the very same teaser on her Instagram account with a note, ‘Fire, so hot and destructive, even the Fire Brigade cannot put it out! She's on Fire! Song out tomorrow on SRE Music Check out the link in the bio. #Dhaakad is releasing on 20th May 2022.'

In an interview, Kangana shared her experience of filming the song and was quoted saying,

"I had a blast shooting for the song as I love the way Badshah composes them. They are full of life and the tempo gets you grooving. She's On Fire showcases Agent's Agni's power, how she is on this mission, and how nothing can stop her from achieving her goal."

Arjun Rampal and Divya Dutta also play key roles in 'Dhaakad.' The film is slated to hit the big screens on 20th May. It will clash with Anees Bazmee's horror-comedy Bhool Bhulaiyaa 2 starring Katrik Aaryan and Kiara Adwani.