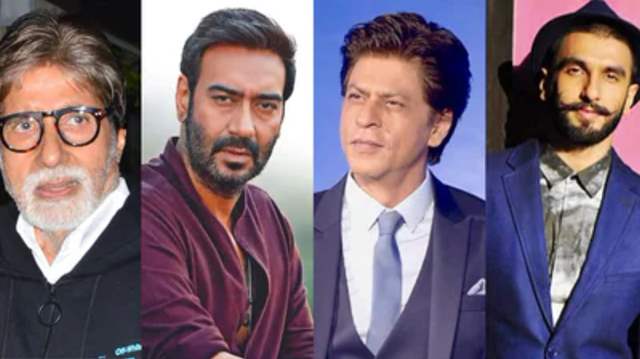 In a petition filed on Thursday before a Bihar court, actors Amitabh Bachchan, Shahrukh Khan, and Ajay Devgn were accused of "promoting consumption of gutkha and tobacco." For several years, Ajay Devgn has served as an ambassador for the tobacco company Vimal. Last year, Shah Rukh Khan also joined the cast. Amitabh Bachchan served as Kamla Pasand's brand ambassador before parting ways with the company. Ranveer Singh has also given his support to the brand.

Tamanna Hashmi, a city-based social activist, filed the petition in the court of Chief Judicial Magistrate, Muzaffarpur, alleging that commercials featuring these actors encouraged people to buy the products being advertised.

Tamanna also accused actor Ranveer Singh of "misusing their celebrity status" by agreeing to appear in gutkha and pan masala advertisements. The petition requested that a FIR be filed against the actors under IPC sections 311 (punishment of a thug), 420 (cheating), and 467 and 468. (forgery). It is likely that it will be heard in due course.

Last month, Akshay Kumar, who appeared in a tobacco brand Vimal advertisement, cuts his ties with the company after his fans chastised him for promoting tobacco. The Vimal commercial also starred Ajay Devgn and Shah Rukh Khan.

Amitabh Bachchan's contract with the chewing tobacco brand Kamla Pasand expired in October 2021. His office issued a statement claiming that Amitabh was not aware of certain details. According to the statement, "When Mr Bachchan became associated with the brand, he had no idea it was classified as surrogate advertising. He has now terminated his contract with the brand, informed them of his decision, and returned the money received for the promotion." Amitabh filed a legal notice against the company in November after it continued to air commercials featuring him despite the contract's termination.

1 months ago much deserved, Bullywood wants to copy West with the living standards and all,