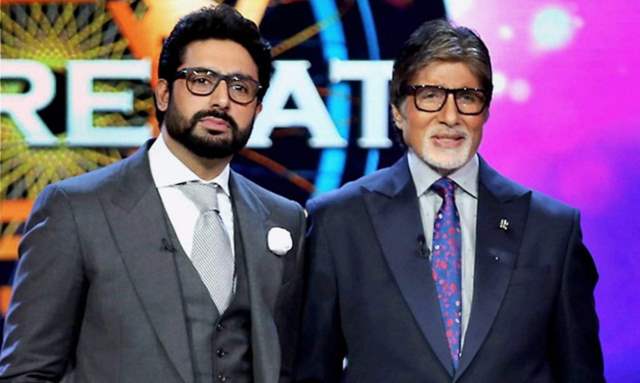 Bollywood actor Abhishek Bachchan has been making it to the headlines for all the right reasons and he has once again made his father Amitabh Bachchan proud. Coming a really long way since his Bollywood debut, the 45-year-old actor has once again nailed his performance in The Big Bull and his father can’t stop showering love over him.

The film released on Disney+ Hotstar on April 8 and the streaming service has announced that it became its 'biggest opener of the year'. While the film hasn’t substantiated the claims with figures, although a third party firm put the numbers at 5.8 million, 'based on buzz'.

Abhishek reacted to the developments and shared them on social media. Amitabh took a screenshot of Abhishek's tweet, and amplified it on his social media accounts as well.

Battling his way through the family name and Amitabh Bachchan’s legacy, the actor has delivered some of the most memorable performances in his career and has repeatedly proved his mettle.

However, he has also experienced his fair share of failures as well and during a previous interview, he confessed that there came a point he almost gave up on his Bollywood journey.

The Big Bull is helmed by Kookie Gulati and produced by Ajay Devgn, Anand Pandit Vikrant Sharma and Kumar Mangat Pathak. Apart from Abhishek Bachchan, the movie also stars Ileana D'Cruz, Sohum Shah and Nikita Dutta in pivotal roles. The stars delivered a spectacular performance in the film. The film is inspired in part by the life of tainted stockbroker Harshad Mehta.