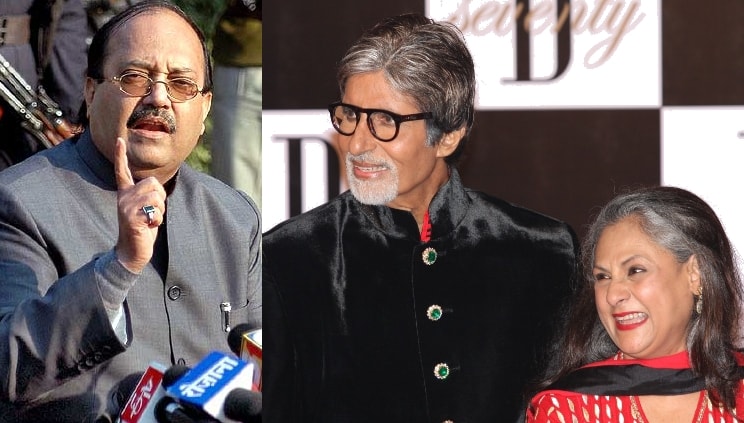 Well known Samajwadi Party leader, Amar Singh once used to be one of the very close aides of Amitabh Bachchan. But the relationship between them seems to have soured now. There are many allegations currently being made against Amar for creating a divide in Samajwadi Party.

In a recent interaction with the media, Singh gave his clarification over all the statements made against him. However, at the time of justifying his point he indirectly pointed towards Amitabh Bachchan and Jaya Bachchan and revealed some unknown details about them.

A Marathi news channel quoted Amar stating that, "People blame me for every possible rift in the country. When the Ambanis split, they projected me as the person who created the Mahabharat between them. It wasn't me. People have said the same about me and the Bachchans. But even before I met Amitabh Bachchan, he and Jaya Bachchan were living separately. One of them was living in Pratiksha and the other lives in his other bungalow Janak. There were also speculations about a problem between Aishwarya Rai Bachchan and Jaya. I am not responsible for that". (sic)

The controversy against Amar Singh had hit after Akhilesh Yadav dethroned his dad Mulayam Singh Yadav from Samajwadi Party's president seat and acquired his control.

However, we are yet to get any response from Big B on such statements made by the politician.