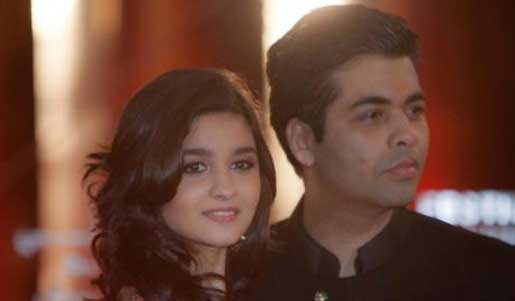 Young and vivacious Alia Bhatt prefers to consult Karan Johar, the director of her debut film "Student of the Year", rather than her father and filmmaker Mahesh Bhatt, when she needs advice.

On a recent appearance on Zee Cafe's "Look Who's Talking with Niranjan" with Niranjan Iyengar, the 21-year-old confessed that she shares her concerns about career, life and love with KJo, said a source.

"I prefer calling Karan (Johar) over my father for advice on my films. I even go to him for concerns related to relationships as my father thinks no man will ever be good enough for me," Alia said on the show.

She also spoke about her fear of plants, as well as about her reported link-ups with Arjun Kapoor and Varun Dhawan.

To that, she said: "Two good looking people are bound to get attracted to each other, who knows I may or may not have taken it forward."

The episode of "Look Who's Talking with Niranjan" featuring the "Highway" actress will air Aug 31.