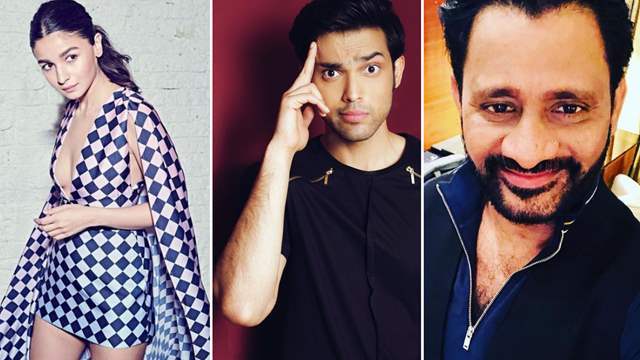 Recently, a lot is being special about Alia Bhatt’s film opposite Television star Parth Samthaan. Several reports suggested that Parth will be marking his big Bollywood debut with Resul Pookutty's Piharwa.

However, the filmmaker has himself cleared the air and confirmed that Alia Bhatt will not be a part of the film due to lack of dates. "I had approached her with the script of 'Piharwa', which I had developed during the lockdown. While she loved it, she told me she wouldn't be able to take it up for two years as she had other commitments lined up. And I can't be waiting that long," Resul told ETimes.

Resul shared that Alia was a professional and reverted with her decision within three weeks instead of making him wait. He also added that his batchmate Jyoti Kapoor will be helming the project.

The sound designer-turned-filmmaker also spilled the beans about Parth Samthaan’s involvement with the project and shared that the 'Kasautii Zindagi Kay 2' actor is under consideration.

"He suits the role: he is a nice boy and a good actor; I like him, but we are yet to sign him on. The producer is talking to him; he is under consideration," Resul concluded.

Meanwhile, Resul stated that he is currently finishing work on films like 'Chehre', 'Mumbai Saga', 'Haathi Mere Saathi' (trilingual), and a web series and then has as many as three major films to be announced soon.

Parth Samthaan to make his Bollywood debut with Alia Bhatt with THIS ...