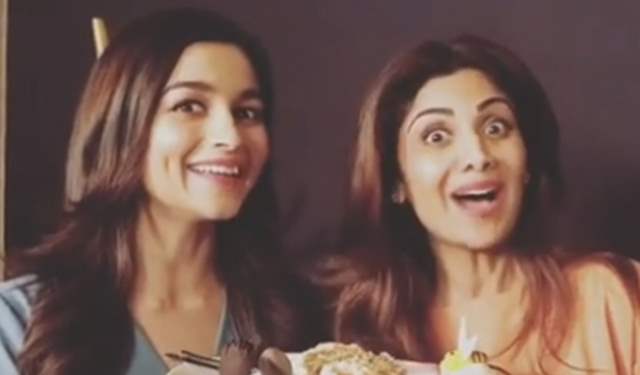 Actress Alia Bhatt has all the reasons to be on cloud nine as she will soon enter the motherhood phase of her life. The actress and Ranbir Kapoor will soon be welcoming their first child. The actress has been managing her workload and is also taking good care of her health. However, the actress opted for a cheat day and enjoyed a delicious pizza to satisfy her late-night pregnancy cravings.

And guess what Shilpa Shetty is there to the Raazi actress's rescue as she sent her the yummiest pizza.

Alia took to her social media account and thanked Shilpa as she sent in yummy pizza to Alia to fulfill her midnight cravings. Thanking Shilpa for the same, Alia wrote, “Thank you my dearest @theshilpashetty for this yummy yummy pizza…best I have eaten!!!!!” Reacting to Alia’s Instagram story, Shilpa Shetty wrote, “So glad you liked it. More coming soon. Enjoy @aliabhatt” with a heart emoji.

Well it looks like Brahmastra actress has the best circle of girlfriends to take care of her pregnancy needs.

While, Alia has recently been putting forth a compelling argument for maternity wear. The actress is making sure to turn heads with her fashion choices while flaunting her baby bump.

Also reportedly, Soni Razdan, the actress's mother, and Neetu Kapoor, her mother-in-law, will be the hosts of a baby shower for her soon. 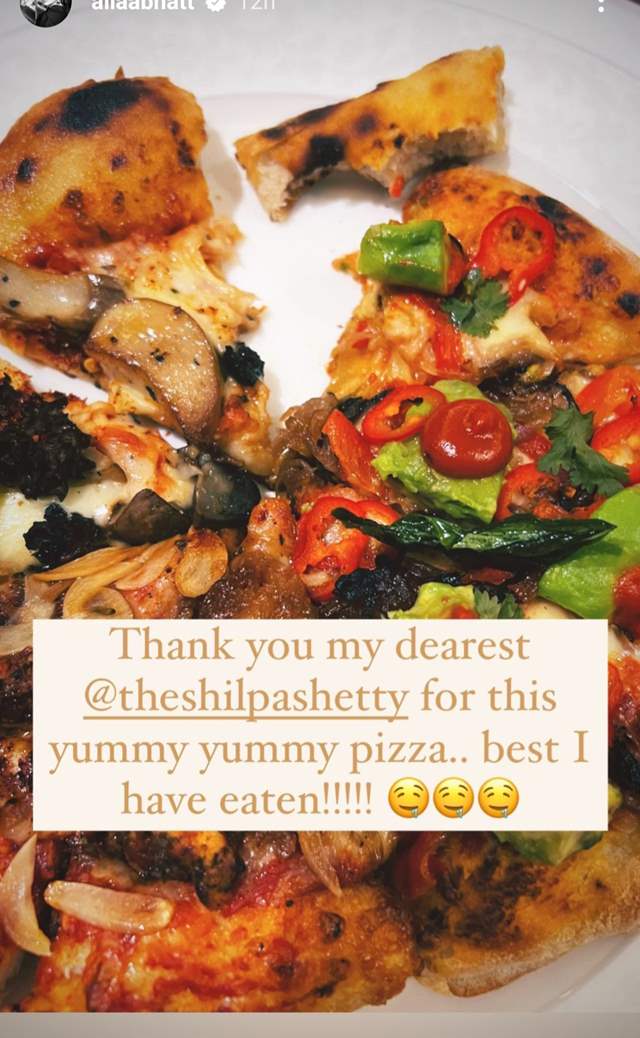 Meanwhile on the work front, Alia Bhatt is basking in the success of Brahmastra. Helmed by Ayan Mukerj, the film has been a box-office hit. She was seen sharing screen space with Ranbir Kapoor, Amitabh Bachchan, Mouni Roy and Nagarjuna Akkineni.

Shilpa Shetty on the other hand, will mark her big OTT debut with Rohit Shetty’s Indian Police Force. She will also be seen in Sonal Joshi’s Sukhee.