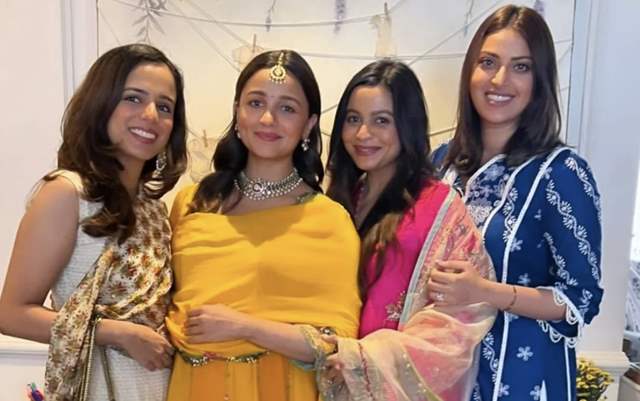 Alia Bhatt seems to be cherishing some of the most special moments in her life and now she is embracing her journey of motherhood.

The actress have been climbing the ladder of success with her back to back hits and now she is all set to embark on to a new phase in her personal life.

Today, Alia Bhatt’s friends and family members have hosted a baby shower for the mother-to-be.

We got the first peek at the event as Bhatt’s best friend Anushka Ranjan took to her social media handle and shared a picture with Shaheen, Alia and her friend Rishika. 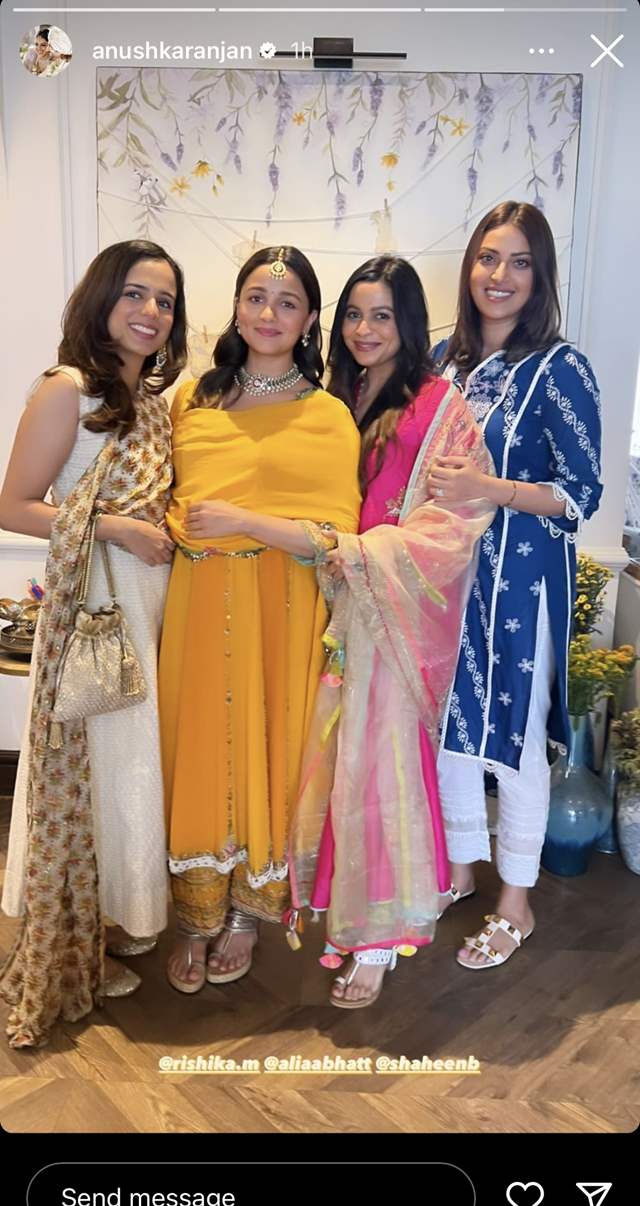 In the picture, Alia can be seen decked in a yellow salwar suit with a dupatta. She has accessorised her look with a maang tika and a neck piece. Shaheen is seen sporting a pink kurti with white leggings.

Close friends and family members of Alia and Ranbir have been invited for the ceremony. Ayan Mukerji, Karan Johar, Kareena and Karisma Kapoor, and the Kapoor family will grace the occasion with their presence.

For the unversed, Alia and Ranbir announced their pregnancy on social media. Alia had shared a picture of her and Ranbir checking the monitor post her sonography.

Talking about their professional engagements, Alia and Ranbir are currently basking in the success of their film Brahmastra. Alia has a bunch of projects in the pipeline like Rocky Aur Rani Ki Prem Kahani, her Hollywood debut project, ‘Heart of Stone’ and Jee Le Zaraa.
Ranbir on the other hand has Animal and Luv Ranjan’s untitled film.