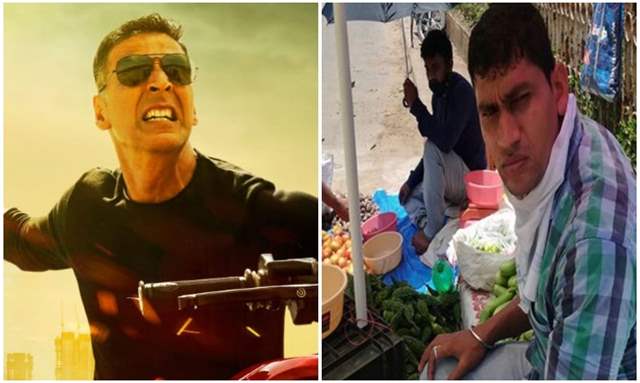 The Coronavirus pandemic has disrupted normal everyday life. Right from nationwide lockdown to the rapidly increasing number of cases, the situation seems to be going out of hand with each passing day. Various sectors of business, events, entertainment are highly affected by this novel virus, and in turn, leading to a tremendous financial crisis.

The lockdown due to COVID-19 has affected many jobs and the latest victim is Akshay Kumar’s Sooryavanshi co-star Kartika Sahoo, who is having a hard time dealing with a financial crunch. Having left with no other option, Sahoo is now selling vegetables to earn a living for his family amid the pandemic.

Kartika Sahoo hails from Odisha and told ANI that he went to Mumbai to try his luck in Bollywood at the age of 17. For many years he worked as a bodyguard to film stars and cricketers such as Amitabh Bachchan and Sachin Tendulkar, among others. In 2018, he started receiving noticeable roles in action sequences for many movies. He also has a fight sequence with Akshay Kumar in his upcoming film Sooryavanshi.

Sahoo informed that he returned home to Odisha after shooting a fight sequence in Jaipur, just before the nationwide lockdown was announced. With film projects and pre-production on hold, he was left with no work and was surviving on his savings. However, after a medical emergency in the family, he was left with no money and had to resort to selling vegetables in Rasulgad there.

Meanwhile, speaking of Sooryavanshi, Rohit Shetty's action blockbuster starring Akshay Kumar and Katrina Kaif will have a Diwali release. The film was initially slated to release on 24 March 2020, but the release has been postponed owing to the coronavirus scare. The highly-anticipated action film marks the reunion of Kat with Akki after nine years and also stars Ranveer Singh and Ajay Devgn in a cameo role.

ALUJNA21 1 months ago Why this article when it is said that any job is to be respected at least he's not begging.