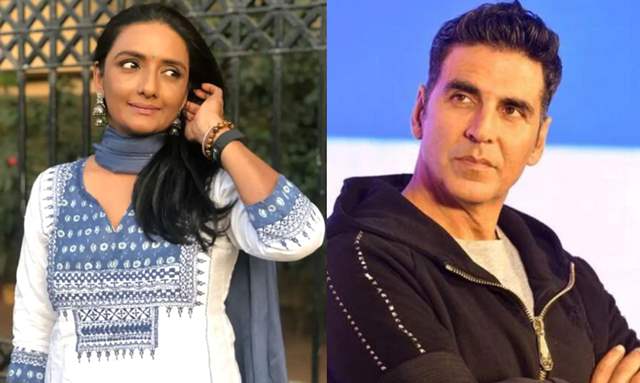 Internet has been a global platform to debate about nepotism, sexism and discrimination in Bollywood. Many celebrities including actors, directors, and singers have been receiving flak from the audience after the netizens raised their voice.

Actress Shanthipriya recently opened up about colourism in Bollywood and how Akshay Kumar once joked about her dark skin color on the sets of Ikke Pe Ikka. She also revealed that his comments stayed with her for a long time and after the incident, she went into depression.

In a recent tweet, she has clarified that it was Akshay Kumar’s way of being playful with her, and that he didn’t mean to hurt her.

In an interview with Navbharat Times, Shanthipriya had said, “Even though it was a joke, I felt quite uncomfortable. The incident remained in the depths of my mind and I cried a lot over it but never applied any fairness cream on my face."

Furthermore, she also mentioned that Akshay joked about her knees looking black over the stockings and said in front of about 100 other people, “There are huge blood clots on Shanthi’s legs.”

Previously, Shanthipriya had again opened up in one of her interviews about how her sister Bhanupriya quit movies later on as the film industry did not accept the latter too. Not only that but she also revealed about being thrown out of two movies for refusing to wear swimsuits.

exclusive
Exclusive Mohit Malhotra talks about reuniting with Hina Khan, if ...
42 minutes ago