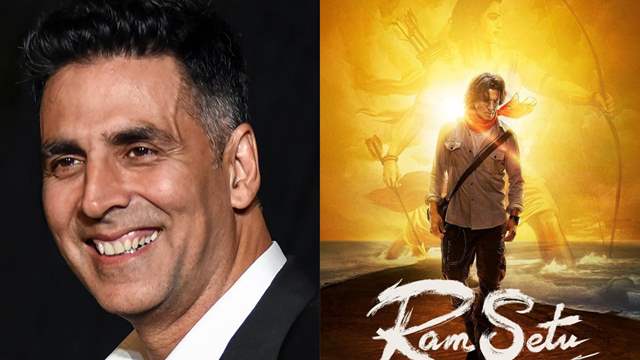 Bollywood actor Akshay Kumar has a lot of interesting projects lined up right now. At the moment, he is shooting for his untitled film with Rakul Preet Singh in London.

Next in line he has 'Ram Setu' which is touted to be one of his most anticipated films that fans are eagerly waiting for.

Apart from Akshay Kumar, Nusrat Bharucha and Jacqueline Fernandez will also be seen in the film.

He will be returning to India soon and will complete the shooting of his upcoming film 'Ram Setu'.

According to media reports, Akshay will start shooting for 'Ram Setu' in October and will complete the film by December this year. Earlier, he had shot the film in Ayodhya in March.

After this, he wanted to complete a long schedule in Mumbai, but the shooting was postponed due to lockdown.

The movie 'Ram Setu' is very special for Akshay Kumar. Sharing one of his looks related to the film, Akshay wrote, ‘The journey of making the most special film for me is about to begin. Shooting of Ram Setu starts! I am playing the role of an archaeologist in the film. I'd love to hear your thoughts on this look… It's always important to me.'

Abhishek Sharma is directing 'Ram Setu'. Apart from ‘Ram Setu’, Akshay Kumar has many films in his kitty. He has previously shot for 'Prithviraj', 'Rakshabandhan' and 'Atarangi Re'. And then, he has films like 'Bachchan Pandey' and 'Suryavanshi', details of these are yet to be disclosed.

Jacqueline Fernandez no longer a part of ’the Ghost’ opposite ...

4 months ago You do not have aukat to even utter the word Shree Ram Setu.