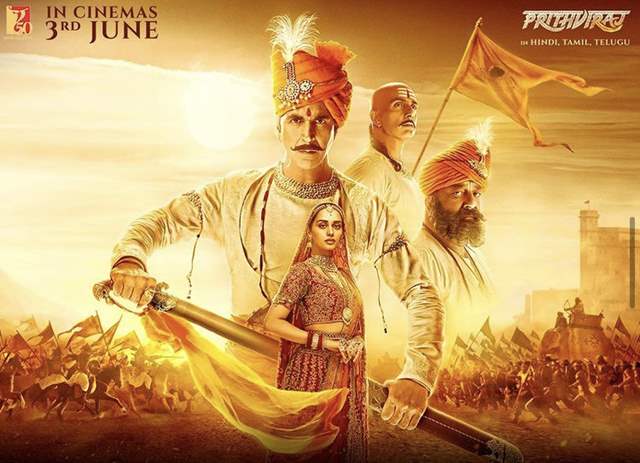 During the filming of Akshay Kumar's upcoming historical 'Prithviraj,' which is based on the life and valour of Prithviraj Chauhan, the makers had to create over 50,000 costumes and use 500 different types of turbans.

Akshay Kumar says, rarely do films go to such lengths and undertake such monumental tasks. Every aspect of the film, which is based on Samrat Prithviraj Chauhan's life, has been handled with the utmost sincerity, authenticity, and reverence.

Talking to a news portal, he said how the makers paid close attention to detail while making the film because they wanted it to be the most glorious retelling of Samrat Prithviraj's life on the

Talking to Etimes, Chandraprakash Dwivedi also revealed that making a film like 'Prithviraj' required a lot of attention to detail. For the film, 500 different turbans were created. All of these were exact replicas of the turbans worn by kings, masses, and people of various professions at the time.

He also stated that they had a turban styling expert on the set who would supervise the process of these turbans being worn by the actors.

He also revealed that over 50,000 costumes were handmade for the film by a costume designer who was flown in from Rajasthan with his team to stay in Mumbai and create these costumes from scratch.

Meanwhile, ’Prithiviraj’ stars Akshay Kumar and Manushi Chhillar along with Sonu Sood and Sanjay Dutt in pivotal roles. It will be Manushi’s debut film and the film is set to release on June 3, 2022.