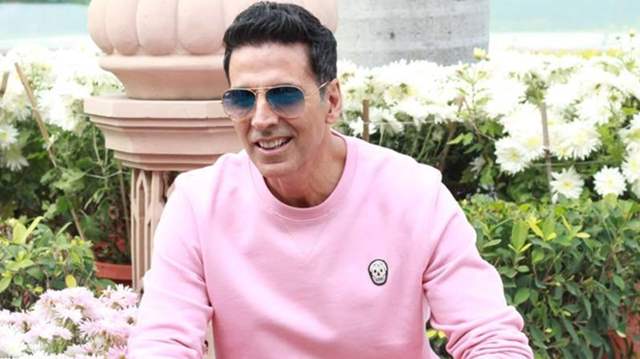 Akshay Kumar is one of Bollywood's busiest actors, known for completing projects quickly. In the year 2022, the Khiladi has already begun work on Oh My God 2, Rama Setu, Selfie, and the remake of Soorarai Pottru. We've heard he'll finish both Selfie and Soorarai Pottru by the end of June and then move on to new projects.

In the second half of 2022, he'll be juggling Gorkha, Bade Miyan Chote Miyan, and some patchwork scenes from ongoing projects. His digital debut, The End, is also in the works and is currently in the pre-production stage. All of these projects will be shot after July 2022, stated the report.

Apart from the already mentioned projects, Akshay is in negotiations with a number of producers and filmmakers for his upcoming features. "He's in talks with Kumar Mangat for a UK-set action thriller directed by Vignesh Shetty. He's also considering a comedy picture starring the Bhagnanis, which will be directed by Mudassar Aziz. Bhushan Kumar and Ekta Kapoor have both proposed Akshay Kumar a project, according to the source.

Karan Johar has also offered Akshay a film. It is placed in the aftermath of the Jallianwala Baug massacre, and Akshay will portray the role of justice Sankaran. Over the next several weeks, he'll make decisions on what to do and what not to do, as much depends on how films perform in theatres, concluded the report.

Apart from the projects now in production, Akshay Kumar has a busy release schedule this year. He will next appear in Prithviraj, which will be released on June 3rd, followed by Raksha Bandhan on August 11th, and Ram Setu on Diwali. Cinderella is also getting an OTT release, though no date has been set yet.

1 months ago Who cares…!