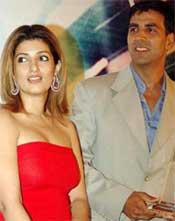 Mumbai, Aug 16 (IANS) After shooting non-stop for 'Chandni Chowk to China' and 'Kambakht Ishq' and delivering a hit in 'Singh Is Kinng', Bollywood's current flavour Akshay Kumar has packed his bags and left for Monte Carlo for a family holiday.

'I think I've earned my holiday. I was so nervous and tense before the release that I couldn't sleep,' Akshay told IANS before leaving for Monaco.

It's been a hectic month for the star. After his big release, he was ready for a holiday with wife Twinkle and son Aarav in Monte Carlo, but the visa didn't materialise. So he left for a weekend in Goa, returned to Mumbai Monday evening to celebrate the success of 'Singh Is Kinng' with producer Vipul Shah and director Anees Bazmi and left the same night for Monte Carlo.

'Every time a release is around the corner, I put the desktop globe in front of my wife and tell her to pick a destination for a holiday. I told my wife that if my new film was a hit, I'll take her to Monte Carlo. If it doesn't work, we'll have to do with Mahabaleshwar,' he joked.

The actor saw the film with his son, but the young boy missed the climax of his dad's new blockbuster.

'Aarav never stays up beyond 10.30 p.m. But he watched 'Singh Is
Featured Video 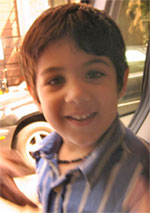 Kinng' till he could, almost till the end. Then the poor fellow couldn't stay awake. He fell asleep in my lap... doesn't matter. He'll have lots of occasions to catch up with the film later,' said Akshay.

The actor has many a reason to be happy and proud. Amitabh Bachchan, whom Akshay has described as the real king of Bollywood, has included the title song of 'Singh Is Kinng' in his repertoire for his ongoing Unforgettable concerts.

'I know about Amitji singing the 'Singh Is Kinng' song. It happened after the Toronto concert where I was on stage with the Bachchans.'

In the 30 years that the mega-star has been performing live, he has never jammed to another actor's song before.

'Really? That's what makes him the real king of Bollywood. All of us who came into the industry after Amitji have a lot to learn from him.'

When told about Akshay's praise, Amitabh said: 'Akshay is far too generous and kind. His current status is a remarkable lesson in hard work and self-improvement. To have done it under the extremely extenuating circumstances that he has faced is even more creditable.'

The Big B confirmed that the 'Singh Is Kinng' song is indeed part of his stage repertoire.

'Yes, when I'm jamming with the band on stage during our concerts one of the items I sing is 'Singh Is Kinng'. It's great fun.'