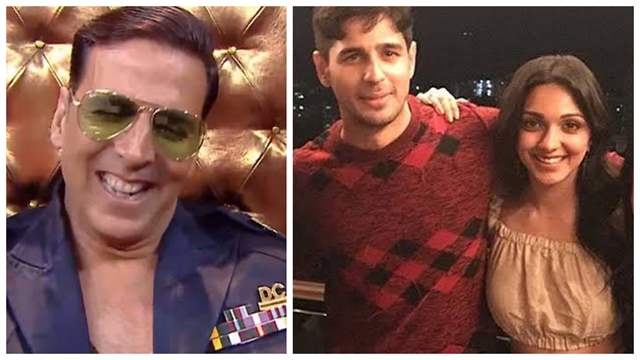 Kiara Advani and Sidharth Malhotra are rumoured to be dating each other for quite some time now. While neither of them have acknowledged it publicly, their frequent outings together are enough to add fuel to the fire.

Recently, Kiara along with her co star Akshay Kumar appeared on the sets of The Kapil Sharma Show to promote their film, Laxmii. The duo indulged in a fun banter with the host of the show and also spilled some spicy secrets.

It all started when Kapil Sharma showered praises on Kiara Advani for signing back to back films and bagging numerous endorsements. He also quizzed her if she is currently dating someone.

To this, Kiara gives in a very clever answer as she says, “Whenever I talk about my personal life it will be when I'm married” and Kapil reacts, “Let’s clap for the guy who will get married to you. We can only send you good wishes for now.”

Well, if the lady did not reveal much by herself, her co star Akshay Kumar did the needful. Kumar who was sitting right next to the actress hinted at her rumoured boyfriend Siddharth Malhotra as he remarked, “Ye badi Siddhanto wali ladki hai (She is a girl who leads by principle)."

Kiara and Sidharth will be seen together for the first time in Shershaah. Directed by Vishnu Varadhan, the film stars Sid as Captain Vikram Batra, who was martyred in the Kargil War while Kiara will be seen as Batra’s girlfriend Dimple Cheema.

Speaking of Laxmii, the horror comedy will release on November 9, 2020 on Disney+Hotstar VIP.