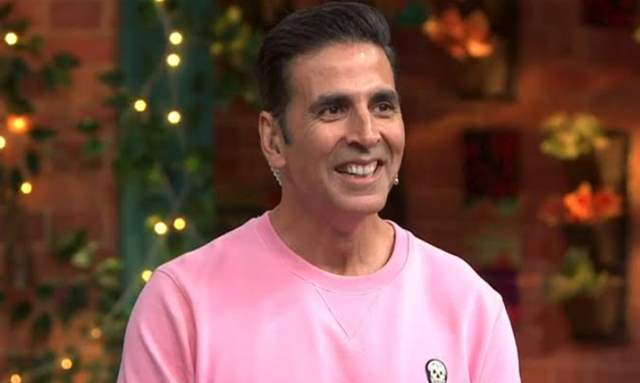 Bollywood actor Akshay Kumar visited the jawans of the Border Security Force (BSF) on Thursday in North Kashmir's mountainous Bandipora district. He reached Tulail along the Line of Control in Gurez valley and visited the Neeru village from there.

Now, the recent reports suggest that he also donated Rs 1 crore for a school building in a remote village. Akshay visited Tulail village along the Line of Control (LoC) in Jammu and Kashmir's Bandipora district and the school for which he donated will be named after his father Hari Om.

During his visit, the Khiladi Kumar was also scheduled to meet the BSF Jawans and around noon the actor reached Neeru in a helicopter.

An ETimes report quoted a source saying, "Akshay Kumar has donated Rs 1 crore for the construction of the school building in Neeru village of Tulail. He visited the area to boost the morale of the deployed army soldiers and the BSF troopers with whom he interacted for a long time."

"He also danced with the locals in the village who turned out to see and meet the actor. The function was organised by BSF troopers posted on an LoC post in Neeru village. He has appreciated the army, BSF and the locals for leading hardy lives in the area braving heavy snowfall and extreme inaccessibility", the source added.

Meanwhile, on the work front, Akshay had been shooting for his upcoming movie 'Ram Setu' with Jacqueline Fernandez and Nushrratt Bharuccha. The movie is being helmed by Abhishek Sharma. Apart from 'Ram Setu', the actor has several other exciting films in the pipeline including 'Housefull 5', 'Bachchan Pandey', 'Atrangi Re', 'Bell Bottom' and 'Sooryavanshi'.