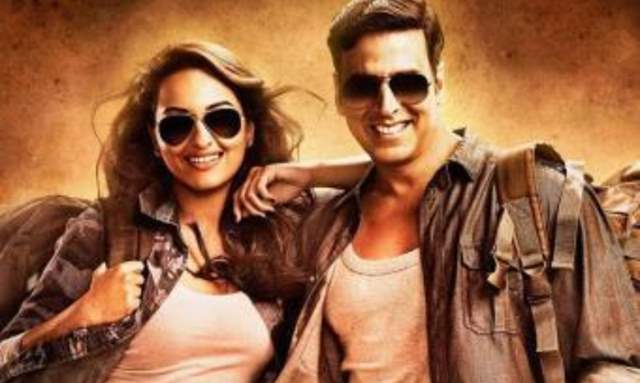 Akshay Kumar is still riding high on the success of his most recent release, Bell Bottom. The film’s box office performance, which marked the re-opening of theaters following the second Covid-19 wave, has been better than expected. We now know that Kumar has already committed to his next project. In fact, according to Bollywood Hungama, Akshay Kumar will appear alongside Sonakshi Sinha in director Mudassar Aziz's comedy 2XL.

According to the source,

Mudassar Aziz is pretty busy; thanks to the Covid-19 lockdown, he has been working on multiple scripts. But yes, he has finalized one and intends on commencing work as soon as possible.

The film in question has been titled 2XL and will be produced by Ashwin Varde. In casting for 2XL, the filmmaker has signed on Akshay Kumar for the lead, while Sonakshi Sinha is likely to be paired opposite him.

When asked about the film's execution and how the producers plan to pull it off, the source says,

An international make-up and prosthetics artist is being roped in for the film. The creators do not want to spare any effort in ensuring that everything is perfect. Nobody has been locked up yet, but it will happen soon. Once completed, the rest of the work on the film will be completed, as the producers intend to begin shooting in March 2022.

Meanwhile, an official announcement is currently pending, and we are told that it will happen in the coming weeks.

Rakul Preet and Akshay Kumar celebrate as they wrap up 'Production 41' ...