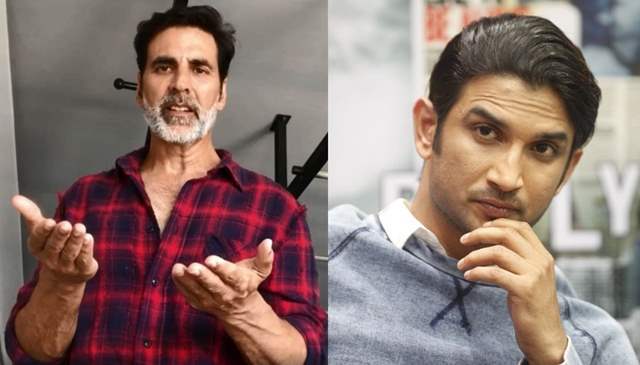 In a new video shared on Twitter, Akshay Kumar has finally broke his silence on Sushant Singh Rajput’s death and the investigation into an alleged drug problem in Bollywood.

He admitted that drug use is a problem in the film industry but requested everyone to not view the entire industry as a bed of vice.

Speaking in Hindi, Akshay said in the video, “I speak to you today with a heavy heart. In the last few weeks, I wanted to say some things but there was so much negativity all around that I could not understand what to say, how much to say and whom to say it to.

Even though we are called ‘stars’, it is you (the audience) who has made Bollywood what it is, with your love. We are not just an industry; through the medium of films, we have promoted Indian values and culture to every corner of the world.

Films have tried to portray the sentiments of the people in our country, however you have felt, all these years. Whether it is the rage of the Angry Young Man, corruption or unemployment, cinema has tried to highlight these issues in its own way. So today, if your sentiments are angry, we accept that anger.”

Bharathi_gurti 1 months ago If u shall really respect public,can u ask all the PR's to shut thier mouth ..and can u ask big mouths like swara,tapsee, sonam not to sing a song on patriarchy! For once can u all guys move away so that Ssr shall get his justice!

zee112 1 months ago Glad he came forward and accepted drug problem in bollywood.