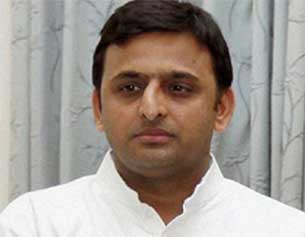 Uttar Pradesh Chief Minister Akhilesh Yadav Friday lashed out at the media, specifically the electronic channels, for negative coverage of the just-concluded Saifai Mahotsav in his home town.

Interacting with media persons at a hurriedly called press conference at his official residence here, Akhilesh Yadav said the media was selectively targeting his government for something which had not been done.

Referring to a report in a leading Hindi newspaper Friday claiming an expenditure of Rs.300 crore on the Saifai Mahotsav, the chief minister asked the newspaper management to take action against the reporter and apologise for the misleading news.

He added people in the management of this newspaper had been caught gambling.

He also charged the newspaper with doing so as the Samajwadi Party (SP) has not given a Rajya Sabha ticket to its owner. He said at the most Rs.10 crore was spent on the event which is meant for the poor and the downtrodden villagers, irrespective of whether the party is in power or not.

Akhilesh Yadav also accused journalists of hankering for passes to view the film stars' nite and enjoying the dance show, even sitting on the floor, after adversely reporting about the event.

"The exaggerated cost reports are not only outrageous but also far from the truth," he said while pointing out that an electronics channel had become the judge, jury and the prosecutor against his government.

In his scathing remarks, the chief minister also questioned the media for asking questions to film stars and leaving them in discomfort.

"Journalists are not even sparing parents of the stars who performed at the Mahotsav," he said, adding he was ready to take posers on the riot victims.

Pointing out his government has done good work for relief and rehabilitation of the Muzaffarnagar riot victims, Akhilesh pinned the blame on the media for only highlighting one side of the relief camps.

The Mahotsav is an annual fest organised since 1997 in Saifai, the native village of Samajwadi Party chief Mulayam Singh Yadav.

When asked about the five-nation tour by Uttar Pradesh legislators, he snapped back and asked whether other state governments do not allow such trips to foreign countries.

Moreover, he added, the central government cleared the trip by the 17-member delegation of legislators, led by Urban Development Minister Mohd. Azam Khan.

He also warned the media houses indulging in "prejudiced reporting" not to force the government into "sangharsh" (struggle) against them.

The two-year-old state government has been in the media glare and at the receiving end of opposition barbs for being busy in merrymaking while people in relief camps at Muzaffarnagar continue to live in pitiable conditions.