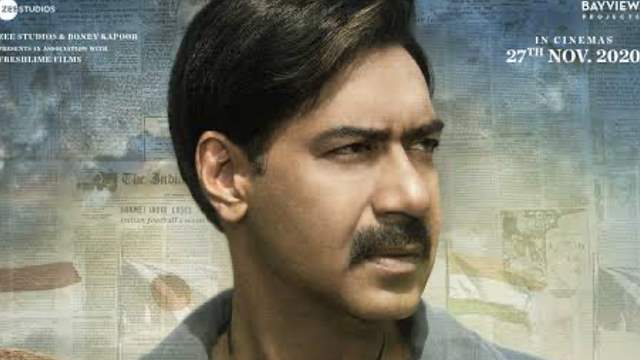 Recently, Salman Khan’s much talked about film Radhe: Your Most Wanted Bhai opted for a hybrid release, theatrical combined with pay-per-view model on OTT. It was reported that several upcoming films will opt for a similar route to release their films.

It was being speculated that Ajay Devgn’s sports drama film ‘Maidaan’ will also head for a digital release. But before the rumours could catch fire, the producers Boney Kapoor, Akash Chawla and Arunava Joy Sengupta have issued a joint statement.

In the statement, the producers confirmed that they are not in conversation with any streaming platform for the digital release of Maidaan.

We would like to share that there is currently no conversation with any streaming platform for pay per view release of the film ‘Maidaan’. Our focus, at present, is to complete the film keeping everyone’s safety in mind and in full compliance of Protocols laid down by the Government. We request you to please reach out to us regarding any news about Maidaan.

Back in December, Ajay Devgn announced that Maidaan will release in theatres on October 15, 2021, on the occasion of Dussehra.

Speaking of Maidaan, the film is inspired by the true story of Syed Abdul Rahim, who was a football coach and manager of the Indian national team from 1950 till his death in 1963. Directed by Amit Ravindernath Sharma of 'Badhaai Ho' fame, the film also features Priyamani, Gajraj Rao and Rudranil Ghosh in pivotal roles.