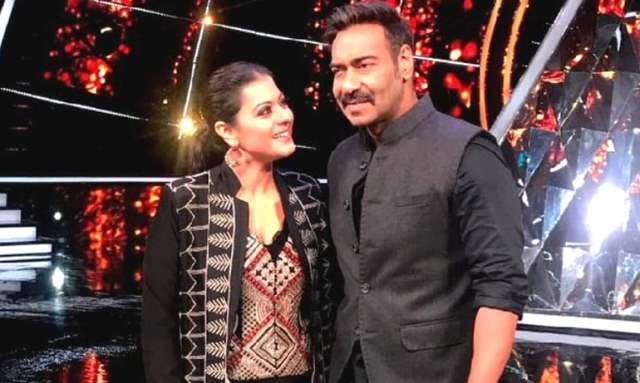 Toady Kajol and hubby Ajay Devgn are celebrating the 22 years of their hit rom-com, Ishq. The duo has been setting relationship goals since February 24, 1999. With that being said, the couple has been married for two decades now and with their funny banter on social media, it seems it was just yesterday when the two got married.

The two shared first shared screen space for Hulchal (1995) and the duo has been going strong since then. And then they were seen collaborating in Ishq (1997) which went on to be one of their best films.

Celebrating 22 years of Ishq, Ajay has shared an adorable still from the film with a candid caption for Kajol on Twitter on the occasion.

Kajol had an epic reply to Ajay’s tweet and shared a still from the film which shows her in deep sleep. She captioned it, “Tumhari neend churake, dekho main kitne chain se soyi hoon.”

With Mian Biwi’s on-going funny banter; fans couldn't contain their excitement and they shared showered the two actors with love and revisited their memories of the film. A fan shared wedding pictures of Ajay and Kajol and wrote, “Wow really love never and may Allah bless your love and you two beautiful couple love you #22YearsOfIshq.”

Another declared the two, “All time favourite JODI.” A fan mentioned a dialogue from the film and said, “Maine Tujhko Dekha Teri Aur dil fenka.”

Ajay and Kajol were last seen in Toonpur Ka Super Hero (2010). Now, the adorable couple will be seen romancing each other in Tanhaji: The Unsung Warrior while Kajol plays his wife, Savitribai Malusare in the film. The film is directed by Om Raut, it is set to release on January 10, next year.

Identity of Mysterious 'AU' in Rhea Chakraborty's Call ...
11 minutes ago