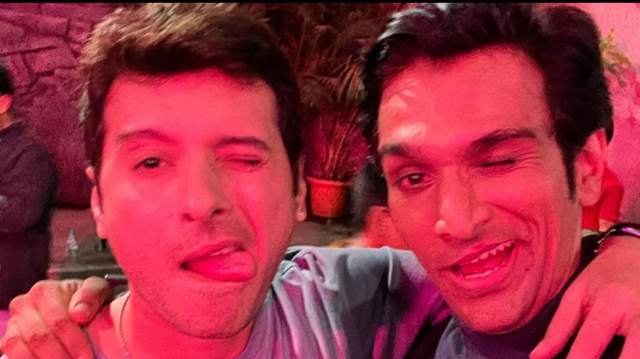 Excel Entertainment has been winning the hearts of the masses with its mind-blowing stories, and the audience is always excited to watch more coming from them. Having not made them wait long, they are here with some glimpses of the wrap-up moments of their upcoming Rahul Dholakia's directorial 'Agni'.

Taking to their social media, they captured some beautiful moments from the sets of 'Agni' wrap-up shoot, in which, the director Rahul Dholakia and the cast Pratik Gandhi, Divyenndu Sharma, Saiyami Kher along with the team can be seen having a great time. They further mentioned in the caption - "AGNI wrap #repost @divyenndu"

Moreover, as the film has been wrapped now, the cast Saiyami Kher and Divyenndu Sharma also took to their social media and shared their delight. Apart from the cast, Farhan Akhtar also shared on his social media about the wrap-up while congratulating the team. Having been made under the banner of Excel Entertainment, Agni' is based on firefighters and their challenges and stars Divyenndu Sharma, Pratik Gandhi, and Saiyami Kher.

Excel Entertainment, which was co-founded by Farhan Akhtar and Ritesh Sidhwani has time and again served the audience with several blockbuster films such as ZNMD, Dil Chahta Hai, Don, Don 2 and many more. Currently, the production house is gearing up for the most awaited Jee Le Zaraa.

+ 12
3 months ago Good to see Pratik Gandhi getting so many movies and shows. He deserves it.