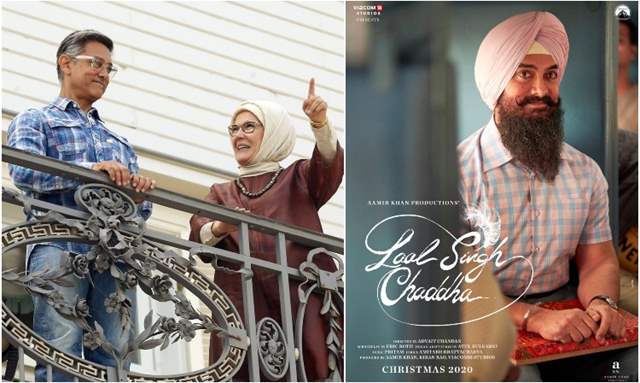 Recently, actor Aamir Khan jetted off to Turkey to complete the shooting of his upcoming film Laal Singh Chaddha. Directed by Advait Chandan, the movie is an adaptation of Hollywood film Forrest Gump where Khan will play Tom Hanks’ iconic character.

On Monday, pictures of Aamir Khan with Turkey’s first lady Emine Erdogan in Istanbul went viral. The Internet was flooded with such pictures and Turkey’s first lady, Emine Erdogan wrote on Twitter:  “I had the great pleasure of meeting @aamir_khan, the world-renowned Indian actor, filmmaker, and director, in Istanbul. I was happy to learn that Aamir decided to wrap up the shooting of his latest movie 'Laal Singh Chaddha' in different parts of Turkey. I look forward to it.”

While the pictures spread like a wildfire, fans seemed upset and were quick to troll the actor on social media. Aamir Khan was bashed brutally for his meeting with Turkey’s first lady amid the reported tensions between India and Turkey. Reportedly, the two countries are having tensions over Article 370 being scrapped in Kashmir and Turkey siding with Pakistan in the conflict.

Many users also condemned his movie 'Laal Singh Chaddha' and called for a boycott as well. “As Turkey poses Islamist threat to India, Aamir Khan is busy being hosted by the Islamist Erdogans.Aamir visited Emine Erdogan and spent considerable time chatting with the first lady of Turkey” read a tweet, while another user wrote: “Boycott Boycott Boycott please please #LaalSinghChaddha.”

Another user commented: “So Aamir khan has taken up the challenge to break the Dislikes record of #Sadak2 #LaalSinghChaddha”

Check the tweets below:

Meanwhile,  Laal Singh Chaddha also stars Kareena Kapoor Khan in the lead role and the film marks her on-screen reunion with Aamir Khan after seven years. Fans have witnessed the pairing of Kareena and Aamir Khan in films like 3 Idiots and Talaash before.

Laal Singh Chaddha is slated to release on Christmas 2021.