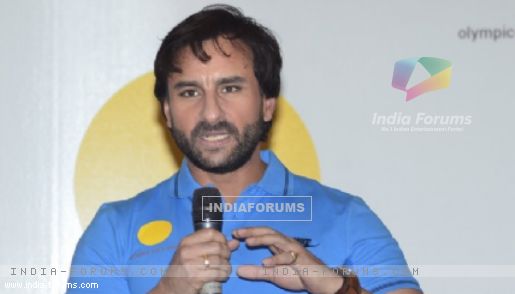 Actor-producer Saif Ali Khan, last seen in "Humshakals", says his new film "Happy Ending", a romantic comedy, features him in a "subtle" avatar as opposed to some "loud" roles he has essayed in the past.

Saif, along with the "Happy Ending" cast", launched the movie's trailer at an event here Thursday.

Talking about the movie, in which he plays a writer, Saif said: "It is a genre I am comfortable with. Raj and DK (Raj Nidimoru and Krishna DK) have directed it in a slightly different way for me. Sometimes in the past I have acted a little loudly, and this one is quite subtle."

"With this one, we have tried to go with a slightly international way of acting, which is new for me and challenging. I really enjoyed it," added the 44-year-old, who has even produced the film.

Saif hopes it performs well at the box office, but added that money was not the only concern while putting the film together.

"Box office is important, we would like to make a lot of money and want our investors to be really happy. But do we go out of our way to put together a film that is designed only to make money? We have probably tried that as well, but this is not one of those," Saif said.

Kareena Kapoor and Preity Zinta have guest appearances in the movie.