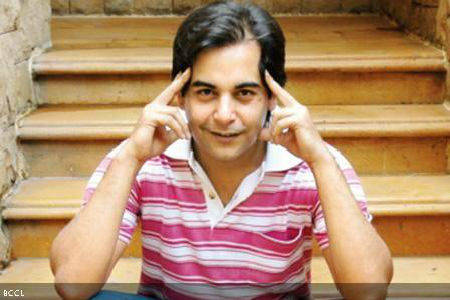 Sunil 'Gutthi' Grover's controversial exit from Colors' 'Comedy Nights With Kapil' has reached a flashpoint - the channel has decided to replace Sunil Grover with another comic actor Gaurav Gera.

Gaurav's drag act starts this Sunday when Saif Ali Khan appears on the popular show, but he won't play Gutthi. He will play another female character named Dulari.

Apparently, Sunil was planning a comedy show with Gaurav.

A bit of a stab-in-the-back situation, no?

Sunil disagrees. "If it wasn't Gaurav it would've been someone else. The show had to go on. And I'm glad a friend is doing it. I'm looking forward to seeing what Gaurav does," he said.

Gaurav had played a woman on another show 'Mrs Pammi Pyarelal' on the channel but the act bombed.

+ 4
7 years ago Me miss Gutthi but i love Gaurav in MPP so looking forward for his performance!!!

+ 6
7 years ago Guthi will definitely be missed...
But would love to see Dulari too...
Still hope Sunil comes back!

7 years ago Will miss Sunil Grover as Guthi though.. Love to watch Gaurav Gera as Dulari...