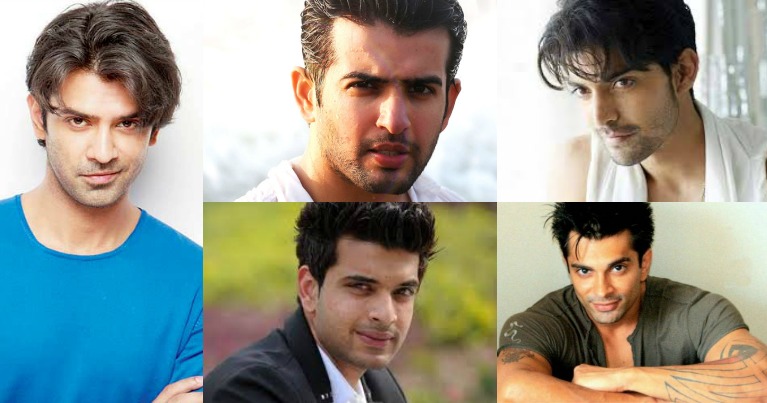 While glitzy world attracts our TV actors a lot, they aim for making it big in this world. Our popular actors who have made it big on Bollywood, somehow could not grab that needed attraction nor could give a success.

We feature actors whose debut was touted but however, bombed on the screens -

Karan Singh Grover is one of the heartthrob actors of television industry. He has done many hit television shows such as Dill Mill Gaye, Qubool Hai and more. He made his debut in Bollywood with Bollywood diva Bipasha Basu, Alone. The actor was not able to create the same charm in Bollywood industry.

The actor is away from television from quite a long time after his show Iss Pyaar Ko Kya Naam Doon? Went off air, but his popularity in television industry is still not diminishing. The actor made his debut in Bollywood with movie Mr.Right along with Shenaz Treasurywala which failed in box office.

Jay Bhanushali is a popular television actor and anchor.  He has won millions of hearts with his acting skills in television shows such as Kayamath and more. The actor made debut from move Hate Story 2 which was average film but he didn't get much recognition in Bollywood.

Karan is another heartthrob actors of tinsel town who has won many hearts. the actor fgot popularity from his debut show Kitani Mohabbat Hai itsel. The actor went to Bollywood and made his debut with film Horror Story which was a big flop film.

The handsome hunk of television Gurmeet Chaudhry has done many hit shows of television. He gained much popularity in television and so he tried his luck in Bollywood with film Khamoshiya which didn't do well in box office.

suzane88 5 years ago BarUn is not to blame that director movie so stupid ..he played fantastic.
even critics praised him very how to convey the feelings with the eyes not every actor can .and Barun simply matchless.many a are incompetent and not talented idiots done a career in Bollywood ..and even look at them, I can not ...His eyes make me feel that stars are not shining nowadays !! really miss role Arnav..Barun perfectly played the role of Sukhi ..play a comic role is very difficult ..but he played very well ..bravo BARUN..YOU ARE NUMBER ONE .Barun all the best for you carrier in the Bollywood industry your fans are always with you.but do some shows with sanaya in TV please come back.we miss you a lot.you carrier is important for you.but make some time for your fans.if you back to tv with sanaya it will be the amazing news to millions of your fans, may be not in daily soap but do some weekend shows .am sure that none can replace the chemistry between you and sanaya.even the heroine's of your movie, you people have amazing chemistry ..I finished University Theatre , know acting
..and Barun unique

5 years ago Ok so MAMR did fail to garner success at the box office, but Barun did get appreciated for it!!! hopefully your next few ventures will be a success (there's no doubt that you will be amazing as always!!) we love you and support you always Barun!!!

5 years ago even if the film faild in box office!!!! BARUN you're the best

5 years ago all these hotties got bad movies is they were to hyped about going to BW thats why they picked wrong script if they had scripts like DDLJ, HAKHK, or such im sure they would have made a hit movie

+ 2
5 years ago Lol.. the fans of these 2rs flop TV actors live in such a big bubble thinking they will succeed someday.

These guys are not worthy of Bollywood.. 2rs saas bahu serials are what they're worthy of only..

The author clearly put "Bollywood DEBUT," she's not calling them flop actors. Hopefully their career gets better in their upcoming projects!

5 years ago With Watching one movie how can u say they didn't get success in BW...
Its just the jouthey has started
Nobody can be Srk, Amir ,Salman in one movie...

Gurmeet Choudhary is great actor... And he will prove it more and more..

5 years ago I wish Barun could come back to Tv as Arnav Singh Raizada with Sanaya in IPKKND again..

+ 5
5 years ago very few actors can make it big in BW.
maybe these guys made wrong choices or maybe it just wasn't meant to be. but they can always continue to work on TV and wait for the RIGHT movie this time round.