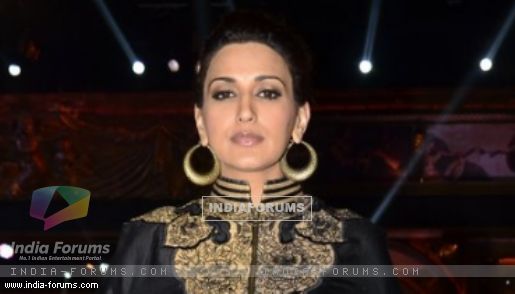 Actress Sonali Bendre, who is extremely choosy about her assignments, says she accepted "Ajeeb Dastaan Hai Yeh" because she loved the character and the concept of finite series excited her.

For the Life Ok show, which is produced by Ekta Kapoor, Sonali has teamed up with Apoorva Agnihotri.

"The finite series is a good move. It's interesting. Ekta was the only person who can give the right look and thought that it needs to be given without making it look too alien to the viewers," Sonali told reporters here Friday.

"I never thought of doing a fiction show, but here I am with a fiction show. The character was such that I couldn't say no. The most important thing, I said yes to the show, as it's a finite show. Our episodes are fixed, we have a graph," added the actress who bent rules Ekta when she made a guest appearance in her production venture "Once Upon Ay Time in Mumbaai Dobaara!".

Talking about her character in the TV show, she said: "I am coming to fiction after 10 years. This show means a lot to me. I trust Ekta and Ekta's storytelling has been different. And there are so many layers in this character. I am proud of being feminine and that's what Ekta gave me, there is no loss of feminity, which looks very believable."