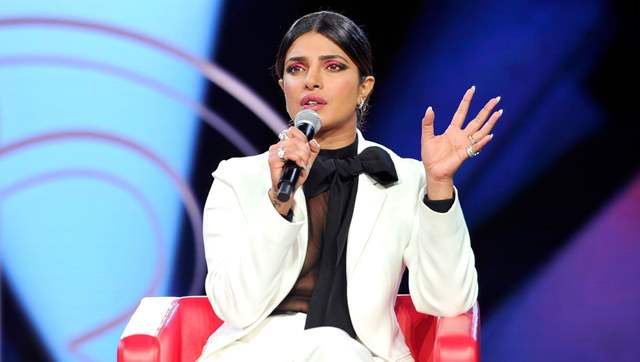 Priyanka Chopra Jonas has reacted strongly to the custodial deaths of the father-son duo Jayaraj and Bennix in Sathankulam town near Thoothukudi in Tamil Nadu.

Reportedly, on June 19, 2020, P Jayaraj (59) was pulled by Sathankulam police officials who were on patrol for exceeding the lockdown curfew by 15 minutes in closing his shop and soon after his son, Emmanuel Bennix (31) was arrested too when he went to inquire about his father's arrest.

While in custody, the father- son duo were then allegedly, brutally beaten, tortured and even sexually assaulted by the officials.

A report in India Today has given an account of the brutal killings and even shared Bennix's lawyer's narration of the horrifying tale.

Advocate S Manimaran, an eyewitness to the brutality said, “We were standing out and we were seeing the whole incident from outside through a glass gate. Fenix and his father were beaten. In the morning there was blood all over the place where they were sitting.”

He added that Fenix was beaten so brutally, his flesh was ripped off.He said, “I gave them four clothes to change. We had laid down a blanket in the seat of the car when we went to pick them up, Fenix had lost a lot of flesh on his back. He was a well-built man. The car driver was in tears seeing their state. The spot where Fenix sat was covered with blood, the place where Jayaraj was sitting was also all blood. The blankets are still with us. They were beaten to death.

Other eyewitnesses have also claimed that Jayaraj and Fenix were bleeding from their rectum and were allegedly sodomised while in prison.

Taking to her social media account and condemning the custodial deaths, Priyanka has demanded justice for the innocent lives that were brutally killed and it is being alleged that the police officials are the reason behind their death.

Using the hashtag #JusticeForJayarajandBennicks, PeeCee shared a note in which she is demanding justice for the father- son duo and is also calling in severe action to be taken against the culprits. In her note, Priyaka says,

Reeling from what I'm hearing. Absolutely stunned, sad and angry. No human being deserves such brutality, whatever be their crime. The guilty must not be allowed to go unpunished. We need facts. I cannot even begin to imagine what the family must be going through. Sending strength and prayers. We need to use our collective voices to seek #JusticeForJayarajandBennicks.