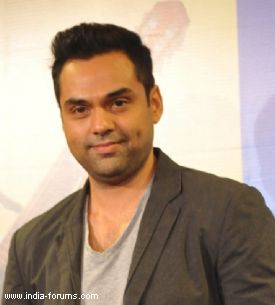 "There are lots of films of my taya (Dharmendra), which I would love to remake if I get an opportunity. His films like 'Chupke Chupke', 'Bandini' and 'Satyakam' are in my mind," he said.

Defending his choice of cinema, he said that he is not different from the Deols - Dharmendra and his two sons Sunny and Bobby - but takes up roles that suit his image.

"I feel bad when people say you are different from your family. I want to tell them for me, my family and industry is the same. Each and every star is doing what is going with their image. I am like my family - emotional and shy..." he said.

"I am not just different from my family, I am also different from this industry. My family has done what industry generally does, which is absolutely right because there is a certain audience for those kinds of films," added the 37-year-old.

Abhay is currently busy promoting his home production "One By Two". Directed by Devika Bhagat, it also features Abhay's girlfriend Preeti Desai. The film is slated for a Jan 31 release.