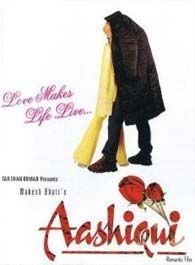 Filmmaker Mahesh Bhatt, who is looking forward to start the production of "Aashiqui 2", calls it an autobiographical film and promises it would be a musical treat.

"The best kept secret about 'Aashiqui..' is that it is also an autobiographical film, as it deals with the story of my very first love," Bhatt tweeted.

The film is the follow up of 1990 film "Aashiqui" starring Rahul Roy and Anu Agarwal. Part two will be directed by Mohit Suri.

Talking about the project, Bhatt wrote: "The dream is the same... the dreamers change. many years later I sit here replaying the memories of a pact that was made between me and Gulshan Kumar. The year was 1991.

"'Make me a musical love story and I promise you that the movie will remain in the hearts of every Indian for decades to come...,' he said."

"Let us make a movie that captures all the seasons of the heart in love... the human heart has remained unchanged since the dawn of time. 21 years later, Bhushan Kumar and Mohit Suri have come together to dream the same dream that we did 21 years ago. 'Aashiqui 2' will dare to rise up to the expectations ignited by this ageless musical and continue the legacy...," he posted.

It was also reported that "Aashiqui 2" is a remake. However, the filmmaker is quick to deny it, saying: "'Aashiqui 2' is being written by Shagufta Rafique and it is not a REMAKE!"