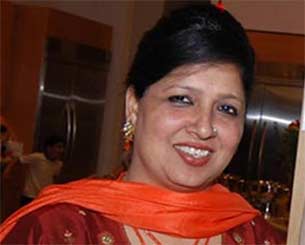 Less than 10 days after she was declared the AAP candidate for the Chandigarh Lok Sabha seat, Savita Bhatti, widow of comedian-actor Jaspal Bhatti, has opted out of the race.

Sources close to Savita Bhatti said Sunday that she had sent a communication to the AAP leadership conveying that she was not interested in contesting the election from Chandigarh.

She has said she was withdrawing from the contest due to personal reasons.

Savita Bhatti could not be reached for comments. Her mobile phone remained switched off. Her aides indicated she was upset that local Aam Aadmi Party leaders were not extending full support to her.

Savita Bhatti had been campaigning in Chandigarh after she was declared the AAP candidate March 1. She had organised road shows and discussions at various places.

The election in Chandigarh is to be held April 10.

Savita Bhatti, a mass communications post-graduate, has also acted in films and television.

Jaspal Bhatti, who gained popularity with his television shows "Ulta Pulta" and "Flop Show" along with his satirical street shows on social issues, died in a car accident in October 2012.