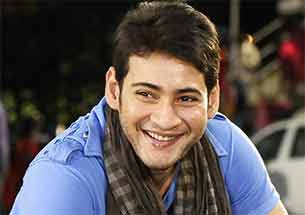 If all goes well, the first look of Mahesh Babu-starrer Telugu actioner "Aagadu" will be unveiled May 31, on the birthday of Mahesh Babu's father, superstar G. Krishna, says its director Sreenu Vaitla.

"We are planning to release the first look on Mahesh's father's birthday. If everything goes as planned, then we will release it on that day," Vaitla told IANS.

"Aagadu" will feature Mahesh in the role of a policeman for the third time in his career after "Pokkiri" and "Dookudu".

exclusive
Exclusive Mouni Roy on digital debut with London Confidential, ...
a minute ago

Kangana Ranaut Vs Anurag Kashyap: Actress ‘Steps Back’ after ...
4 minutes ago

Disha Salian did not dial 100 before her death, says Mumbai ...
43 minutes ago