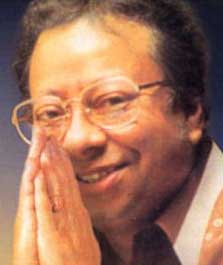 Legendary musician Rahul Dev Burman popularly known as R.D.Burman attained eternity on 4 January 1994. It was day when world lost not only a person but a great music composer. This year marks his 14th death anniversary. On this occasion ï¿½Brihan Mumbai Corporationï¿½ has decided to do something in name of this great artist.


It is decided that a road will be named behind the memory of this legendary musician. Inaugurating this road is none other than R.D.Burmanï¿½s wife, Asha Bhonsle who is a well-known play back singer of the industry.


Till today, R.D.Burman is remembered for his work that revolutionized the music style in Bollywood. He was not only a great composer but also a soulful singer. He has done almost 331 films and 4 non-film albums. His works in Bangla, Tamil, Telugu, Oriya, and Marathi are also well known.


R.D.Burman was a trend-setter and is inspiration for many composers in the industry today. Though he is no more between us, he will be always remembered for his work that still croons our heart and caress our ears.