View Profile
In 2005, Ricardo de Montreuil directed La Mujer De Mi Hermano (My Brother's Wife), adapted from a novel by Peruvian writer-journalist-anchor, Jaime Bayly. The star cast compromised of Mexican superstar Anglica Aragn with Barbara Mori, Manolo Cardona and Christian Meier. The award-winning Spanish film was a box-office super-hit in Mexico and was also one of the biggest imported films in the USA, loved by both Mexicans and South-American immigrants. 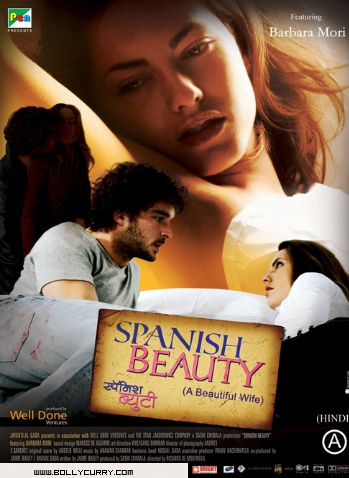 Barbara Mori last starred in Kites opposite Hrithik Roshan which resulted in her gaining popularity in not just South Asia but in most Bollywood fan circles throughout the world.

La Mujer De Mi Hermano has now been dubbed in Hindi and in English before being released on November 19th, 2010. The Hindi dubbed version has claimed the title, Spanish Beauty with the English dubbed version going by A Beautiful Wife.
Mori plays the character of Zoe, also known as Soniya as per the Hindi version. Soniya is an attractive woman who has been married to Ishaan for ten years. Due to the lack of sexual attraction in her marriage, she has an affair with her husband's friend, Rohan. Believing that the affair is nothing more than two people fulfilling their more carnal needs, all is well until Ishaan finds out about the infidelity. But then comes the shocking revelation - the affair was merely revenge on the part of Rohan towards his friend.
With Kites receiving much criticism for it's English and Spanish dialogues, let's just hope the dubbed version brings Barbara more success.