Salman Khan is a Bollywood icon. He has millions of fans worldwide who address him as 'Bhai'. The 2002 hit and run case which involved 'Bhai' playing a major hand, had its final verdict given out by the Bandra sessions court which puts him behind bars for the next 5 years. Fans of this superstar are 'devastated'!

Fans of Salman are acting like he was in the battlefield with the court opposing him and Salman lost the war. They are probably sad because they won't be seeing any stereotype Salman film till 2020. The 200 crores riding on 'Bhai' is their best chance of getting him out!

From 'Maine Pyaar Kiya' to 'Kick' they are watching it all! The cycle must be going like this - watch a Salman's Film, get senti, put up a status update and watch another film... Well with those teary eyes, we think there is no need for salted popcorn.

3. Using 'Being Human' as their defense. 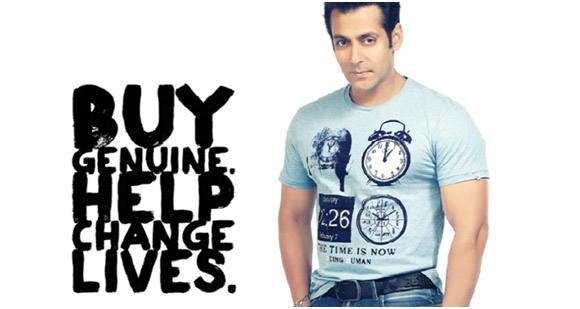 Sallu Bhai fans have just one thing to say in his defense, so what Salman drank and drove he donated so much money and got300 kids operated. That means if Osama would have done charity, you would stand up for him too?!? Isn't it similar to the saying, Ganga mein nahane se saare paap dhul jayenge (Bathing in river Ganges will rinse all your sins. So, all the criminals should be sentenced to bath in the Ganges rather than imprisonment. 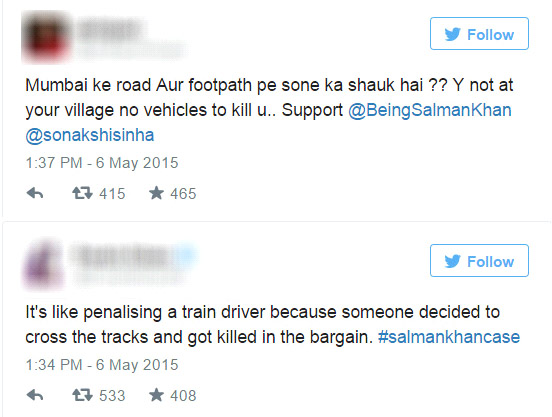 Fans are flooding social networking sites with posts in support of Salman. We did tell you all about the cycle, right? Well this is just a part of that. However, will the court really revise Salman's verdict by reading their posts/tweets (wondering)? 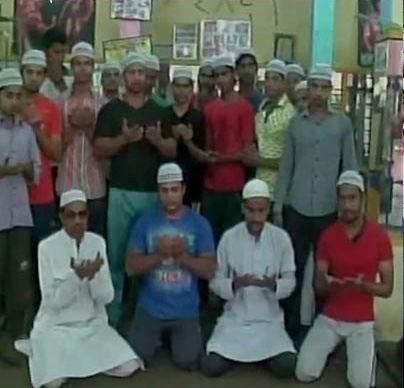 Yes! Fans of 'Bhai' are protesting against the court! They are actually using the hashtag, #unfairverdictonsalman !!! Well, looks like running a car over an innocent person is not a crime anymore. Remember, only and only if you are 'being human' after you committed the crime, the clause is applicable for you.

"My friend has shot another man in the head under the influence of alcohol, but I will pray to God and protest against the court so that he doesn't go to jail. He is a nice person." Killing is Killing boss!


"Mujh par ek ehsaan karna, ki mujhpar koi ehsaan mat karna." looks like the court took this dialogue too seriously! And the verdict has proved that it doesn't matter if you are a superstar or a commoner; everyone is equal in the eyes of law.

Wait, one thing just came to my mind... it looks like the film 'Jolly L.L.B.' is a fan fiction based on Salman's life which came true! Sapne bhi sach hote (Dreams do come true). Oh yes they do, how else would Salman's sentence to imprisonment be cancelled? Lovers will be lovers and haters will be haters, but Bhai can only be Sallu Bhai!