It is often said that couples are made in heaven, but when it comes to reel life couples, other factors influence their union. These couples are made according to their perceived compatibility, eligibility and most importantly, their chemistry as judged by their audiences. More often than not, movies are a hit if the lead couple has the ability to enchant the viewers and keep them invested, regardless of the story. Therefore, in Bollywood, it is of utmost importance to have a jodi that will sizzle onscreen with their intense chemistry.

Keeping that in mind, BollyCurry presents a few couples we wish to see burn up our screens in 2015. 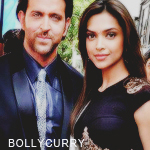 What happens when two sinfully gorgeous people come together? That's right! They set the screen on fire! No doubt these two talented individuals match each other physically and with Roshan's exquisite dancing skills and Padukone's graceful moves, nothing can go wrong. Padukone's commitment to her work and Roshan's ability to adapt to any script and situation would allow this jodi to work out fabulously professionally.
Salman Khan and Prachi Desai 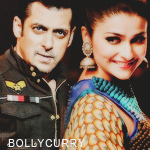 After appearing in a detergent advertisement years ago, these two have never crossed paths again. However, that has not stopped the viewers from wishing to see them on the silver screen together. The Wheels Detergent advertisement only proved what excellent chemistry these two unique personas possess. Khan is also noted to have amazing rapport with talented, budding actresses, so these two would be a brilliant choice to cast this year.
Sidharth Malhotra and Anushka Sharma 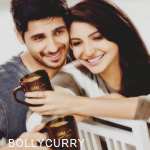 Another couple who took the nation by storm with an advertisement is the beautiful damsel Anushka and the handsome hunk Sidharth Malhotra in a Bru Gold ad. Malhotra's naturally shy nature together with Sharma's bubbly and outgoing spirit would make this jodi a fun and memorable one. A match made to set the screens ablaze indeed!
Aditya Roy Kapur and Alia Bhatt 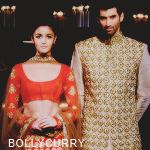 Probably the most perfectly imperfect couple on this list is Alia Bhatt and Aditya Roy Kapur. Known for choosing a variety of roles, Kapur's ability to perfectly adapt to his character's needs will match Bhatt's ability to make any role work. Bhatt's soft, feminine look along with Kapur's ruggedness and rawness would ooze intensity and charisma. Let's hope this couple has their chance onscreen soon.
There's nothing on paper that would guarantee that these aforementioned couples would ever grace the same frame, but there's no limit to hoping and wishing, eh? Whether or not we get a chance to see these pairs together, BollyCurry wishes each individual a successful career ahead. Please feel free to get your imaginations running and comment in the space below with your dream onscreen jodi.
Author: Mohini N.
Editors: Aradhna K. and Gunia K.
Graphics: Shikha A.
Have a suggestion or comment for BollyCurry? Drop us a PM at BC_Dropbox Today!