Witching you a happy Halloween Results on Page 8

Halloween is a celebration that takes place on October 31st of every year. This day is dedicated to the remembrance of the dead and departed. The word "Halloween' is of Christian origin, a term equivalent to 'All Hallows Eve'. This celebration is mostly based on Christian beliefs and practices. In the olden days, it used to be celebrated for three days. These three days were collectively called Allhallowtide. During these three days, Western Christians used to pray for the recently departed souls who were yet to reach heaven. By the end of 12th century, these days had become holy days of obligation and involved traditions like ringing church bells for the departed souls, organizing a parade with people dressed in black and calling all Christians to remember the dead.

Slowly, the other traditions and practices of Halloween got introduced. Trick-or-Treating originated in the 15th century in parts of England, Wales, Austria and few other countries. Groups of poor people which mostly included children would go door-to-door and collect small round cakes known as soul cakes and in return pray for the dead relatives of the givers. During the 19th century, candles which were called soul lights were lit in homes of Ireland, Flanders, etc. These soul lights were lit to guide the souls back to their earthly homes.

The origin of Jack-O-Lanterns happened to ward off evil spirits. People started wearing different costumes and put on masks on their faces because they believed wearing these costumes and masks would protect them from evil ghosts who may attack them due to vengeance. It was their belief that the souls who want to seek vengeance on someone won't be able to recognize the person due to different looks and costumes.

In parts of Italy until the 15th century, families left food for the ghosts of their dear ones outside their homes. In the 19th century due to the Irish and Scottish immigration, the celebration of Halloween got introduced in North America. Then in the late 19th century and early 20th century through American influence the Halloween traditions spread to lot more countries. Irish and Scottish people initially used to carve on turnips during Halloween but this tradition changed after the immigrants in North America used the native pumpkin to carve as it was softer and easier to carve on a pumpkin than a turnip.

Here's wishing everyone a Very Happy and Spookilicious Halloween from the Crazy Creatives team.

Interested in a sheep game? It's a quick round, a fun story, and with multiple choices!

If you're interested, PM MinionBoss by Nov 3rd 11:59 PM IST for the questions. You will then have until Nov 5th 11:59 PM IST to respond with your answers and results will follow shortly after that. Answers are to be PMed to MinionBoss directly as well and only one submission will be accepted (unless you make a mistake).

If there is a big tie, then there will be a short second round (half the questions with a continuation to the story), else the winner(s) and runner-up(s) will be announced and shared with results!

Simple really. So what are you waiting for? Send the PMs now! 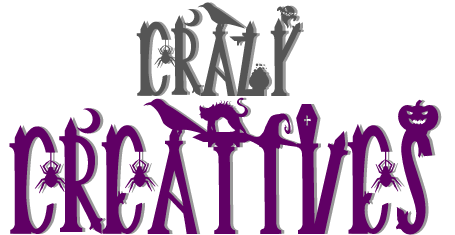 And now a few more tags cause I can. Bring others here.

You already know im in. Send me the questions or do I have to hunt for those too