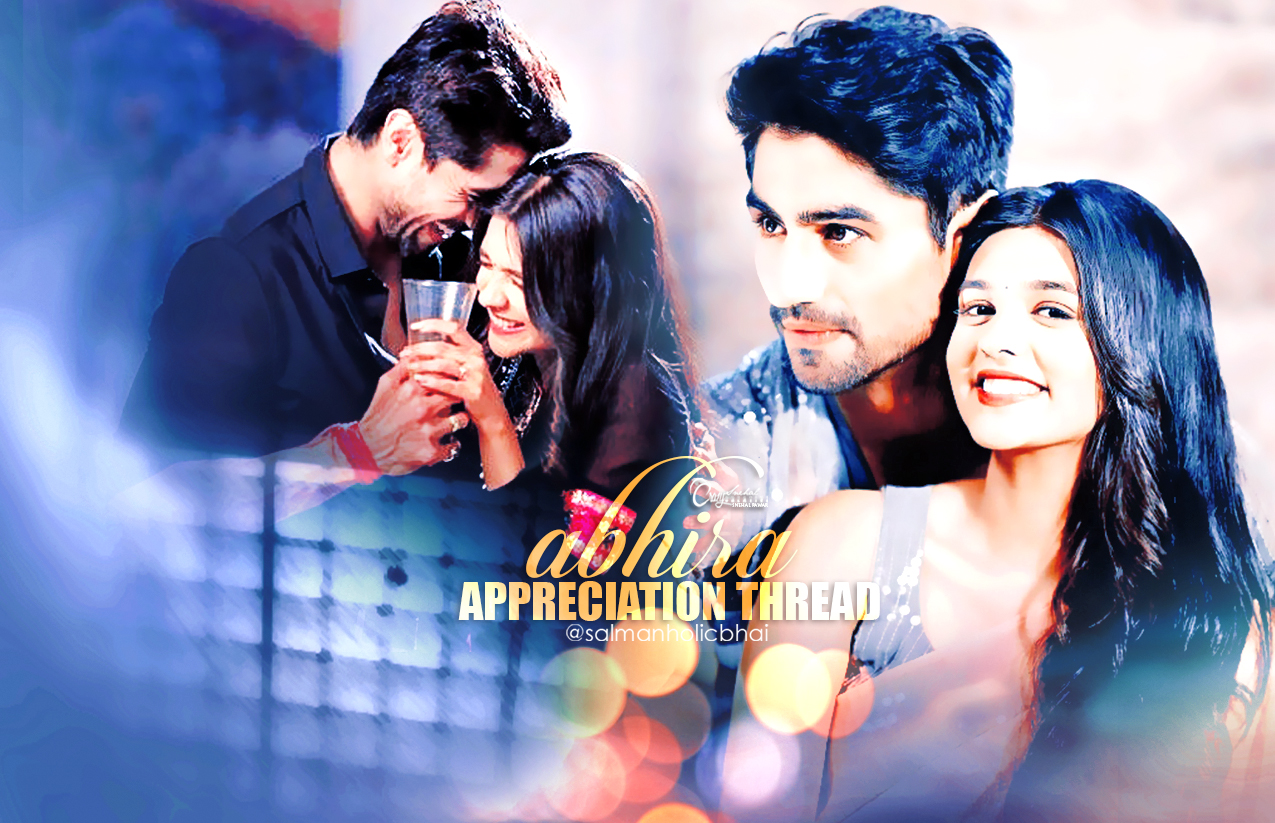 Welcome everyone to the very first AbhiRa AT!

Given Yeh Rishta Kya Kehlata Hai's twelve-year run on ITV, carrying the show forward with its third season was going to be a momentous task for anyone who got roped in. Comparisons to previous seasons were naturally made but despite all the trepidations, Harshad Chopda and Pranali Rathod won the hearts of many with their impeccable performances and sizzling chemistry.

A new generation of fans has been garnered and all are waiting with bated breaths to see how Abhimanyu and Akshara's journey would unfold.

With that said, simran45, and I, asmaanixx would like to thank the Moderater, BilliCat., for granting us permission to open the AT. We would also like to thank Vivirti_Suvian2 and Bhavisweet03 for the gorgeous edits they have made. 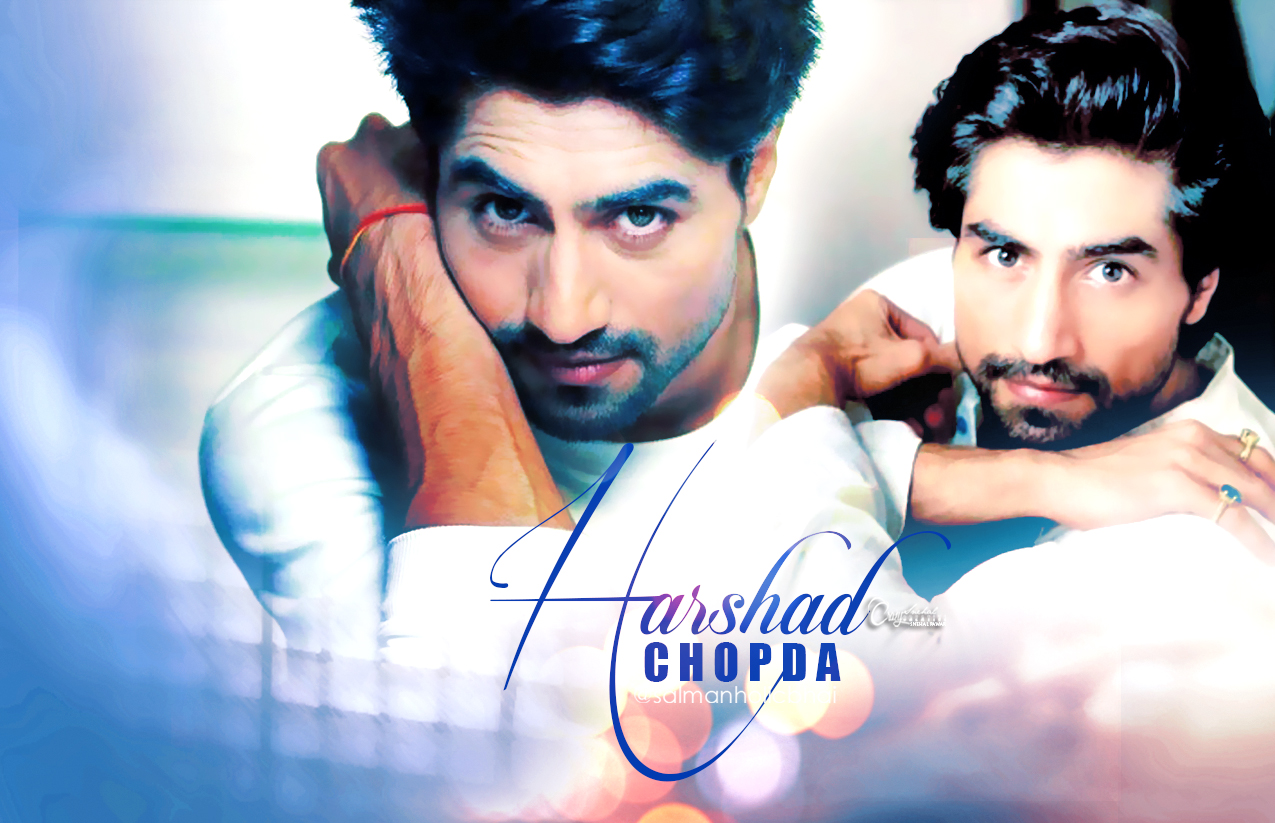 Harshad Choprd was born into a Marwari Jain family on 17th May 1983, in Gondia, Maharashtra. His father’s name is Parkash Chopda and his mother’s name is Chanda Chopda, who's a homemaker. He also has a younger sister named Harsha Chopda.

Harshad did his schooling from his hometown in Gondia. Later, he completed his graduation in Engineering from P.E.S’s Modern College of Engineering in Pune, Mumbai.

Initially, his family never wanted him to become an actor. But Harshad went to Mumbai and auditioned for the serial Mamta after completing his graduation in Engineering. After giving successful auditions for shows, he finally made his debut with Mamta in the year 2006 where he played the role of Karan Srivastav.  In 2017, he was ranked 16th on Times of India’s Top 20 Most Desirable Men on Indian Television. 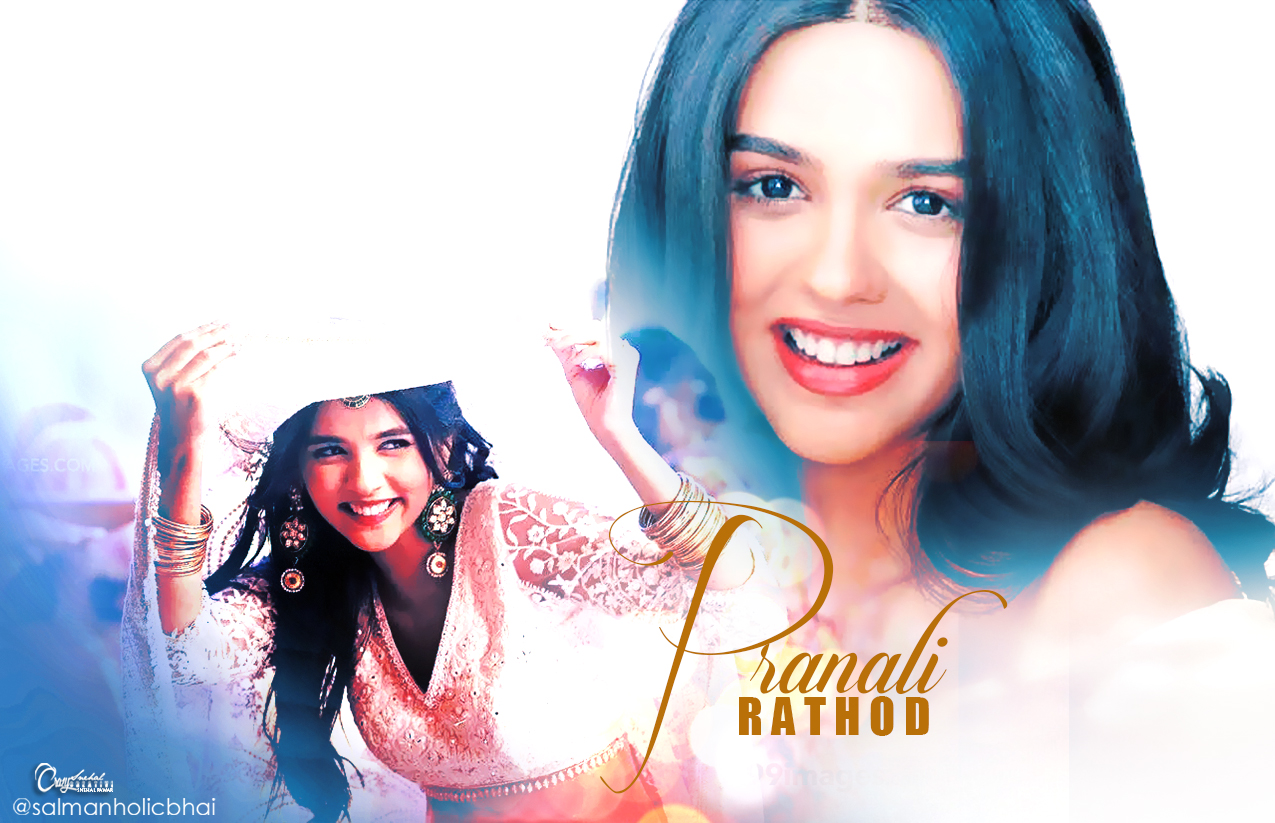 Pranali Rathod was born on 2nd July 1995 and hails from Yavatmal, Mumbai, Maharashtra, India. She is the daughter of Suresh and Sheela Rathod.  While her father is a lecturer at Lokmanya Vidya Mandir Junior College in Mumbai, her mother is a housewife. Pranali also has an older sister named Ruchi who is an engineer. Pranali completed her education in Mumbai.

Pranali, wanting to pursue her career as a model and actress, followed her dreams after completing her graduation. She did many modelling projects for famous designers and even did various TV commercials for brands like Head & Shoulders, Clean & Clear, etc. She made her television debut in 2018 with Zing’s show Pyaar Pehli Baar. Later in 2019, she got another offer for Jaat Na Poocho Prem Ki. Pranali was seen in the role of Saudamini “Mini” Bhaumik in Colors Tv’s Barrister Babu in 2020. In 2021, she did the role of Radha Sahani in Sony TV's Kyun Utthe Dil Chhod Aaye.

Dr. Abhimanyu Birla is one of the most reputable surgeons working in his family-owned hospital. Though lives in a joint family unit, he is the closest to his mother. He displays a lot of animosity and bitterness towards his father and is often seen rebelling him in whichever way he can. When his anger reaches a peak, Abhimanyu tends to isolate himself and uses music as a coping mechanism.

It is because of his connection to music that he gravitates towards Akshara's singing. Though she might have been a faceless voice acting as a soothing balm to his quivering soul, Akshara soon became a force of power that changed his whole perspective on life. His earlier attitude of marriages being sufferable and pure love existing only between a mother and a child was drastically altered. With Akshara's arrival, he wished for someone to love him unconditionally, loosened up from his uptight ways and finally began seeking pleasures of his own, rather than keeping his head buried in work.

Whether it's in the professional space or in his personal, Abhimanyu is a confident and principled man. It may be difficult to make him budge, but he is still a man who remains well within limits and respects the boundaries that others establish.

Akshara Goenka is a highly empathic woman who lives and loves her family with every fibre of her being. Though she was orphaned at a young age, she has been cared for by her paternal grandparents and uncle. She has grown up with one older brother, an older cousin and a younger sister. The biggest contention in her life is her rocky relationship with her younger sister, Arohi Goenka, as she blames Akshara for their mother, Sirat's, death.

Like her maternal grandmother, whom she is named after, Akshara has the gift of singing and has taken a keen interest in becoming a musical therapist. She has given an interview at an NGO that is run by Dr. Mahima Birla to work as a social worker. She also uses her singing abilities as a coping mechanism for when she gets her anxiety/panic attacks.

During a trip to Gopi Mask Festival, Akshara meets Abhimanyu for the first time and instantly forms a soulful connection with him. She responds to his flirtations with her own and develops strong feelings for him. However, when she learns Arohi loves him as well, she chooses to sacrifice her love for her sister's happiness. She also hopes that by doing so, her relationship with her sister would get better. However, the opposite happens as Abhimanyu stands firm on his feelings for Akshara and refuses to acknowledge Arohi beyond a professional capacity.

Akshara is often depicted as being the sacrificial woman who would do anything for her family. However, she is far from being a doormat. She assesses the situation around her and responds in a way that she feels is the best solution for everyone involved. For instance, to preserve the peace and sanctity within her home, she had left her family for three years. For her, the peace and happiness of her loved ones matter the most and she's willing to go to any lengths to maintain them. 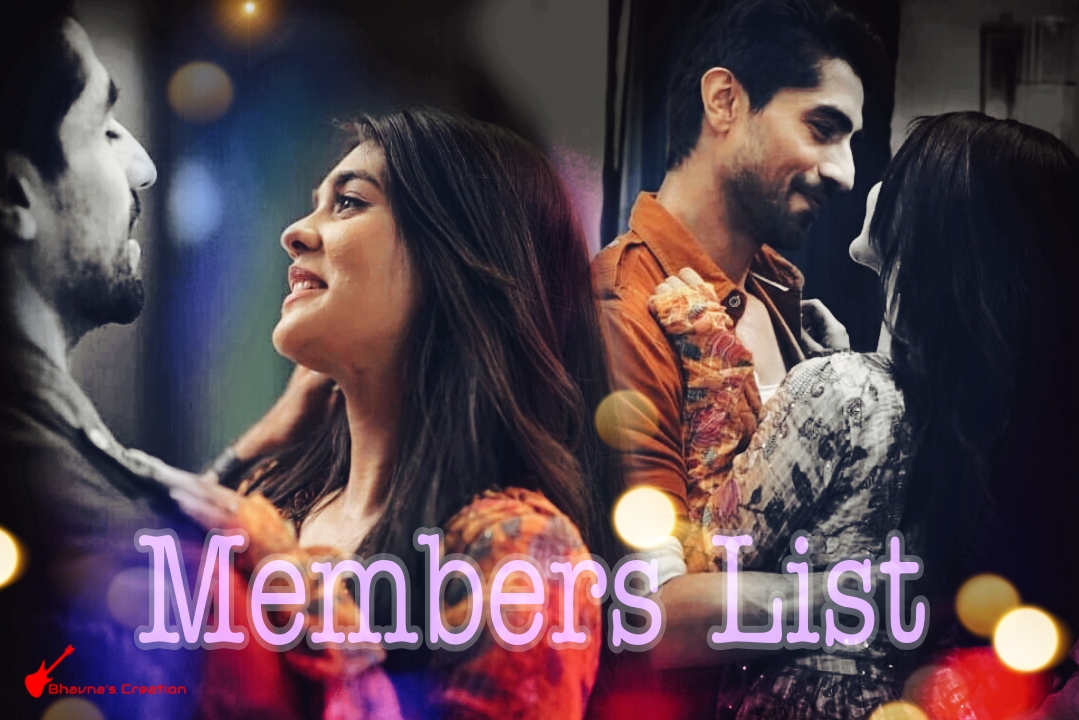 Press the like button if you want your name to be included in the list and please enjoy. 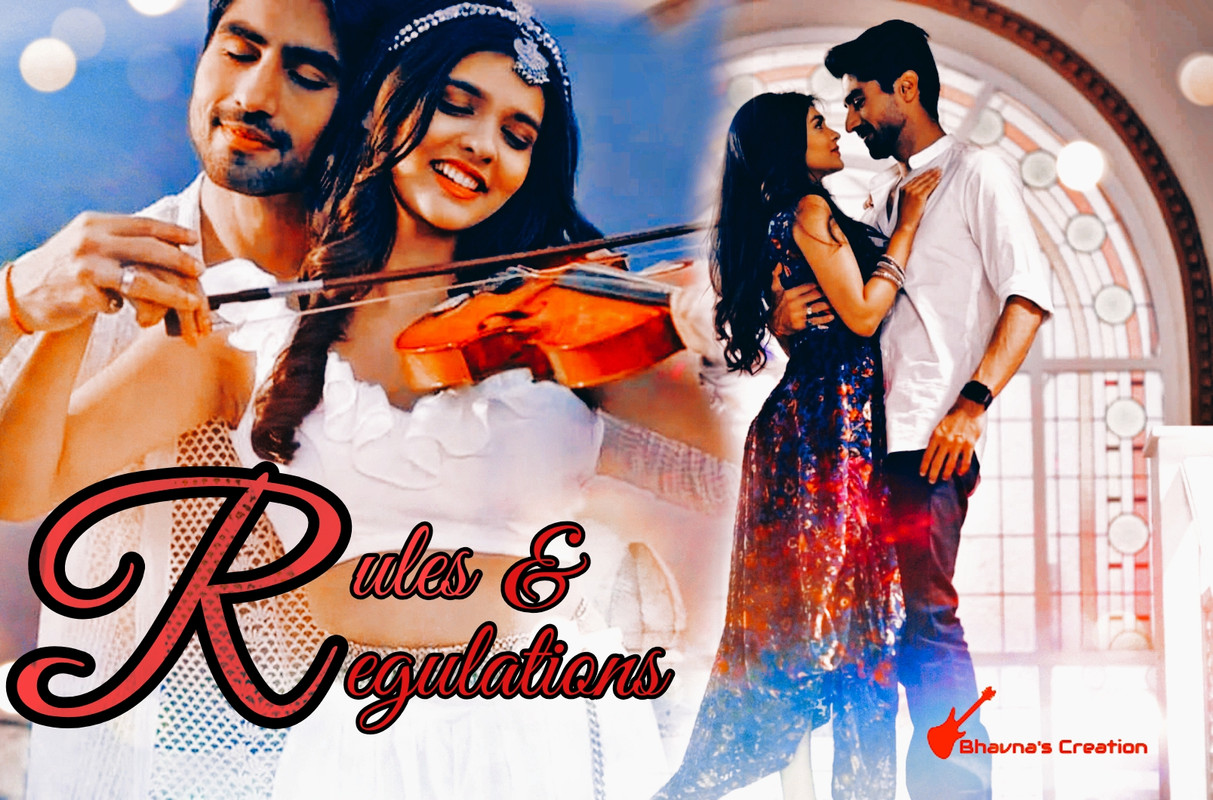 This is an open Appreciation Thread and everyone is welcome to join and discuss our favourite jodi AbhiRa.

That being said, there are some rules that need to be followed.

For more detailed and comprehensive rules and guidelines, please visit the following links: 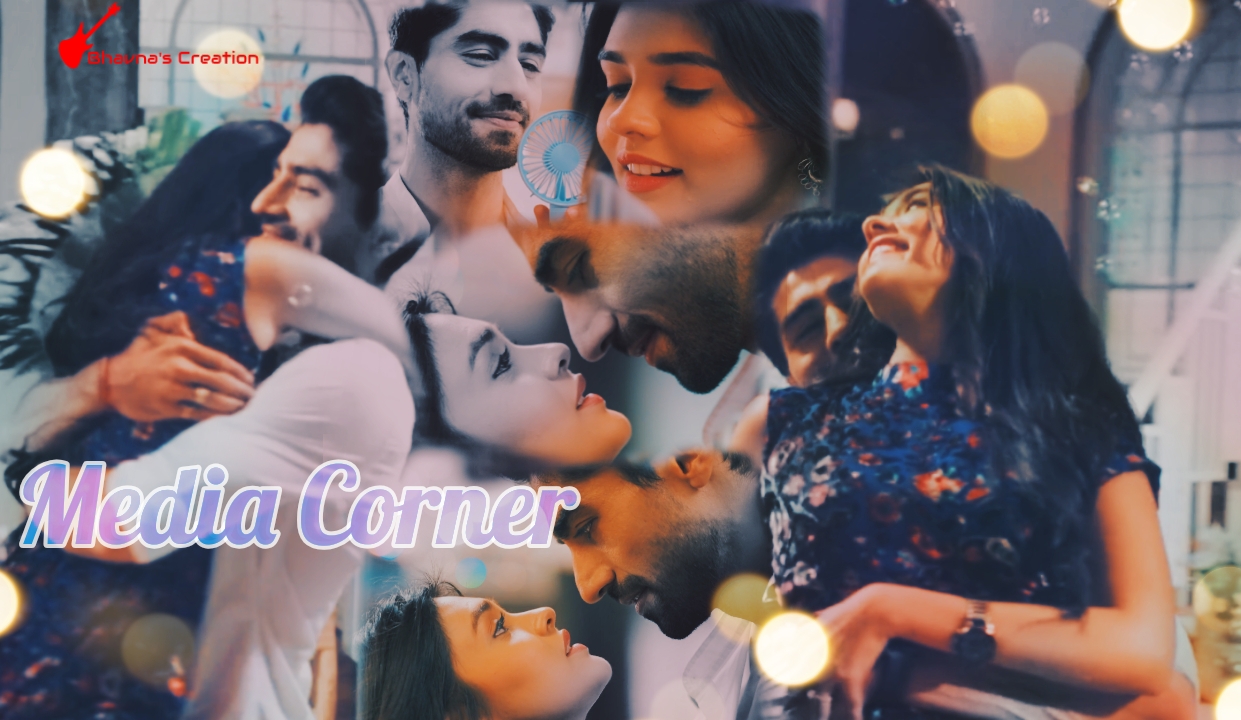 The AT is now officially open.

Needless to say as time passes, it will be improved with more attractive features. If you have any suggestions on what you would like to see included, then please feel free to drop them in the AT or PM them to either simran45 or I, asmaanixx.