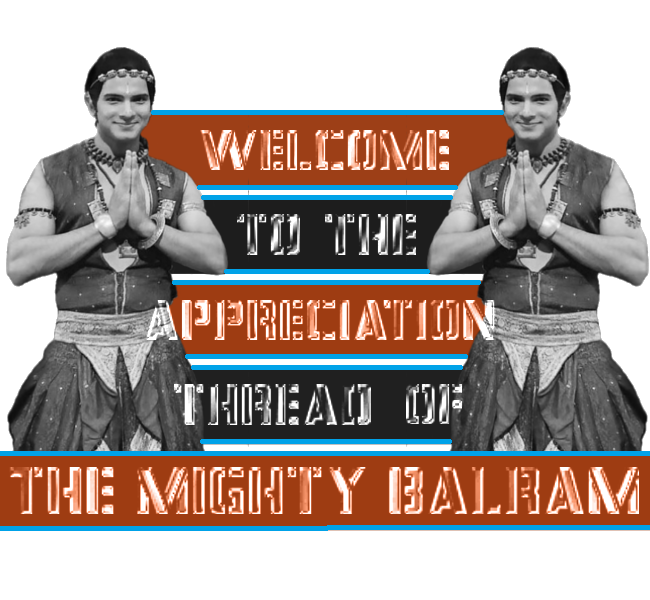 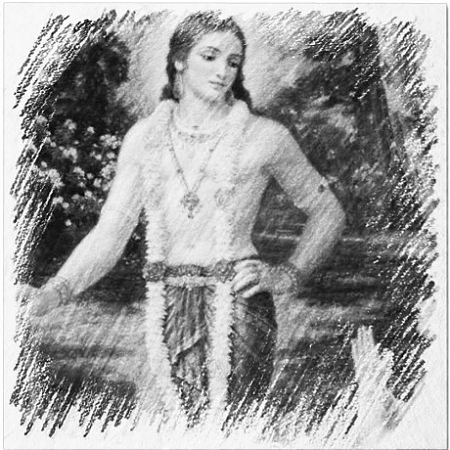 Lord Balram is a Hindu god and the elder brother of Shri Krishna. He is a symbol of strength, an obedient son, an ideal man and a God. He is said to have fair complexion and clad in a dark blue vest. Various texts mention that Balram is an avatar of Adi Anant Sesh Naag, the many headed serpent, upon whom Lord Vishnu rests in Kshirasagar, which is the ocean of milk. Sesh Naag is the king of all naags and holds all the universe on its hood. That could explain his tremendous strength, believed to be stronger than a herd of elephants.

Balram usually wielded a plough and is known as the 'Farmer God'. Balram was excellent in mace warfare too. As a child, he killed many demons sent by Kans, prominent of those were Dhenukasur and Pralambasur. Balram was very straight forward and did not always understand Lord Krishna's complex logic, but even so he always agreed with his younger brother, stood by his side and loved him dearly.Both Duryodhan and Bhim from Mahabharat learned skills of mace fighting from Balram. Though during the war of Kurukshetra, he remained neutral and refused to fight from either side. 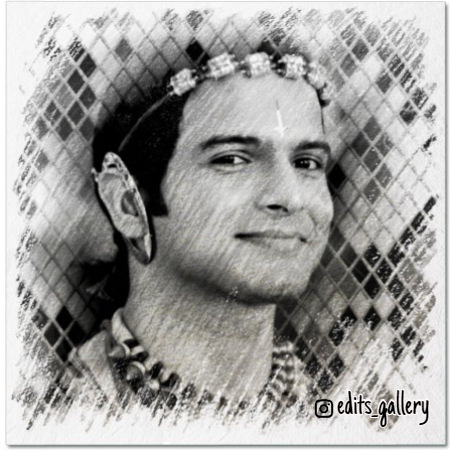 Our own Balram from the show, the famous Dau of his Kanha is subject of adoration of all the viewers. Shortly after the show started Balram emerged as one of the most endearing characters and made permanent place in our hearts. He is the coolest dude of entire Barsana and Vrindavan, a macho man with a soft heart. With unmatchable strength, he has so far ensured anyone who dares to take panga with him ends up regretting it. He seems to have a hobby of exercising and likes to utilize his pass time doing that. Kanha's Dau is also quite an eye candy

He is the best elder brother (to his anuj) in the entire world and also acts as the executor of all of Krishn's plans. He often makes it easy for us viewers by asking right question at the right time to Krishn about his complex plans. In many ways he is the voice of viewers and represents our reactions to situations on the show. It is agreeable among the fandom that his mere presence adds charm to any episode. Our show Balram is the interesting combo all the cute qualities, overall he is a complete package and our ultimate source of maximum entertainment.

It is not exaggeration to say that the brotherly duo of  Kanha and Balram are the highlight as well as the USP of 'Radhakrishn'. The relationship between them is the epitome of healthy brotherly bond, they are friendly, lively, respectful in all their interactions. Be it any kind of situation, these two always have each other's back.

It mostly falls on Balram to do cover up on behalf of Krishn. He is also the biggest RK shipper on the show. We in India Forums lovingly call the jodi of Kanha and Balram as KaRam. Together they are treat to our eyes and feast to our hearts. 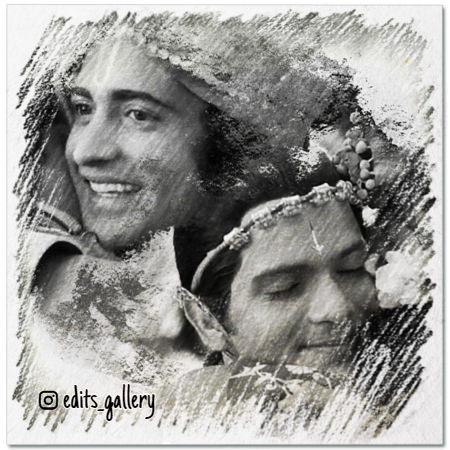 Rohini is the proud mother of a handsome and very fine lad that Balram is. Unaware of her son's divinity, Rohini sometimes allows her mind to get clouded with fear and concern whenever Balram get himself into any risky situation. That doesn't mean she has no faith on his son's abilities. She is fully aware of how capable he is and has full faith in him.

As a side effect of various notorious activities by KaRam, their mothers get upset and angry with them but they melt quickly after being persuaded by their sons. The affectionate bond of these mother-son duo is one of the adorable factors of the show. 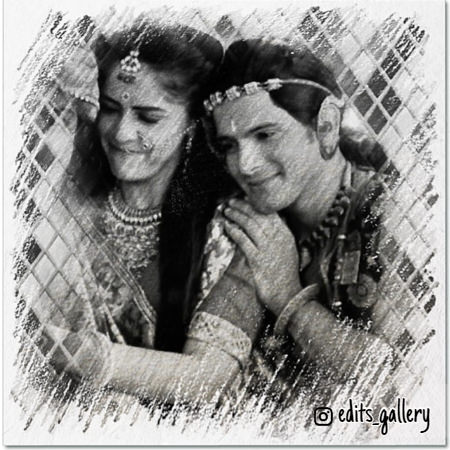 Our boy initially had nothing to do with Ayan, but Ayan himself invited wrath of Balram by trying to humiliate him once and provoking him in the process. As a result, he got what he deserved in return. Balram unleashed himself in his full glory that day by doing iconic tandav nritya. All of ayan and his chamchas got lesson of their life that day.

Their comic rivalry brings pure entertainment each time they come face to face onscreen. Though our boy being the soft hearted and large hearted person never wished any ill for Ayan. During Bakasur attack, he tried to help him and also offered his assistance to him 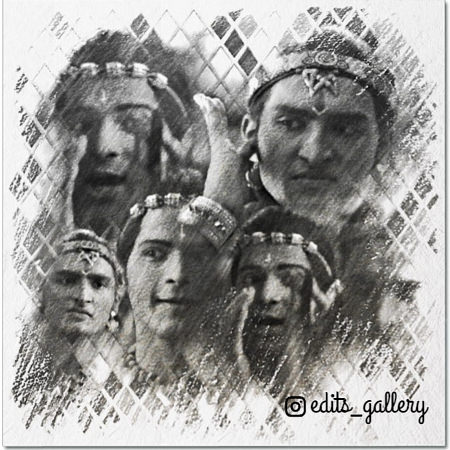 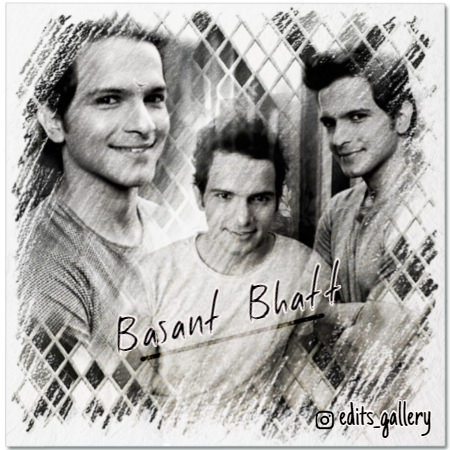 Basant Bhatt was born on 23 January 1994 in Uttarakhand and is a University of Mumbai graduate. After a stint in theatre and working as a yoga instructor, he made his TV debut in 2015 in the mythological drama Suryaputra Karna, playing the lead character of teenaged Karna. He then appeared in an episode of Crime Patrol Satark in late 2015, then returned to Suryaputra Karna in 2016 to play Karna's eldest son, Vrishasena.

In addition to playing Balram in RadhaKrishn, Basant is also currently acting as Kartikeya in the mythological series Vighnaharta Ganesh (2017 - present).

Following much appreciation for his debut double role and a very different contemporary role in Crime Patrol Satark, and for acting as the "perfect elder brother" in all three of his mythological shows to date, it is playing the much-loved deities/characters of Kartikeya and Balram that have gained Basant much acclaim, fame and recognition, as has his enthusiasm and dedication while working concurrently in two shows that are filmed in different states!

Already known for his commanding screen presence and voice modulation, subtle expressions and fantastic action scenes from both Suryaputra Karna and Vighnaharta Ganesh, the role of Balram has given Basant the opportunity to further showcase his versatility, with Balram's humour and epic sarcasm, in particular, being a big hit with RadhaKrishn's audience.

Basant is known to get along very well with his colleagues, including sharing brotherly bonds with child artists Vishesh Bansal, Uzair Bashar and Nishkarsh Dixit (from Suryaputra Karna and Vighnaharta Ganesh). Some of his close friends include Akanksha Puri, Kuldeep Singh and Sagar Rokade from Vighnaharta Ganesh, and Sumedh Mudgalkar and Mallika Singh from RadhaKrishn.

A man of many talents, Basant is also a short film-maker, writer, photographer, music-lover and amateur singer (and seems to have a wicked sense of humour!).

This is a reserved place for singing praises for Balaram and Basant, so stick to that

Primary focus of all discussions here should be in context of the character and the actor this AT is dedicated to.

Spamming is not allowed.

Do not quote more than three times.

Be respectful to the members of the AT.

Other standard rules of India Forums and it's ATs are applicable. 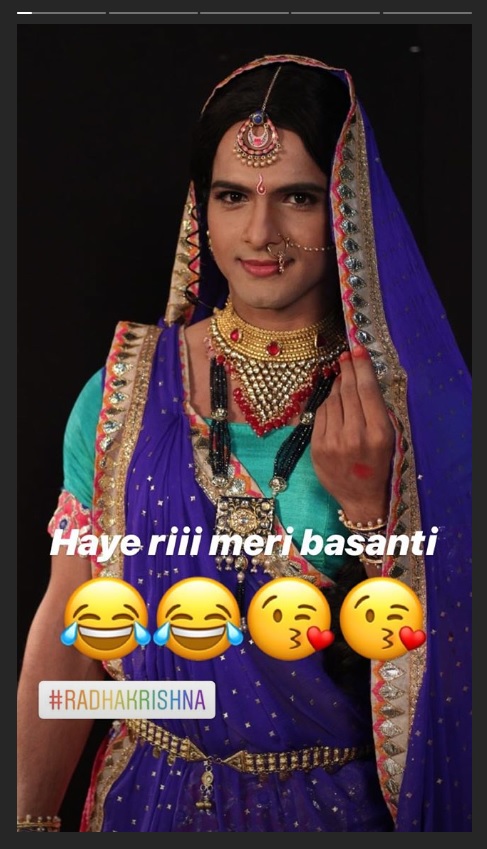 I hope you all had a nice Friendship Day on Sunday 4 August, and continue to always have an awesome time with your loved ones!

As Tusu mentioned, there were several TV and web segments from over this past weekend for Friendship Day featuring Basant and Sumedh, so I am posting here all the ones that I have been able to find online.

1) "Friendship Day Out with Sumedh Mudgalkar and Basant Bhatt aka Krishna and Balram!"

From the "Saas Bahu aur Betiyaan" show on AajTak

(This one was filmed on their day out in Mumbai back in mid-March!)

2) "Know about your favourite TV stars and their friends"

From the "Saas Bahu aur Suspense" show on IndiaTV

This one features several actors from different shows.

From the Telly Reporter YouTube channel, featuring Basant and Sumedh

Sumedh, Mallika, and Basant attended the launch party and were interviewed briefly, as shown in the following videos from ViralBollywood and the "Saas, Bahu aur Saazish" show.

The media mostly spoke to Sumedh here, but Mallika is interviewed briefly at the beginning of the video.

Basant is standing with Sumedh almost throughout this video and is himself interviewed for a few seconds at 3:05-3:17.

The following longer video from the launch includes the interview section shown above and also features several other actors, including Luv Kush cast members.

(There are also several other long videos from the launch party available on YouTube that feature the same interview with Sumedh, Mallika, and Basant that I have posted here, and other short videos that show small glimpses of them. I haven't posted these other videos here to avoid unnecessary repetition, but you can just look on YouTube if you're interested in finding other videos.)

There are also small glimpses of Sumedh, Basant, and Mallika throughout this video.

thank you so much arti for your hard work of posting each relevant video link here...

Tusu, thanks for this note at the end of AT#3, and for starting off AT#4 by quoting my posts with the videos from there.

I hope you all enjoyed watching the videos - whether in AT#3, the separate threads I made in the forum, or now here in AT#4.

Congratulations for the beginning of B-BB AT#4, and we start this off with reinforcement of an important lesson from the man himself: Don't make bets. Ever.

The "dus mudra" part in yesterday's episode was funny!

Being typecast as Shiva, Tarun Khanna feels happy on ...

Mallika Singh On Resuming Shoot, Pat Cuts In The Industry ...