Madhuri Dixit: Back in Mumbai 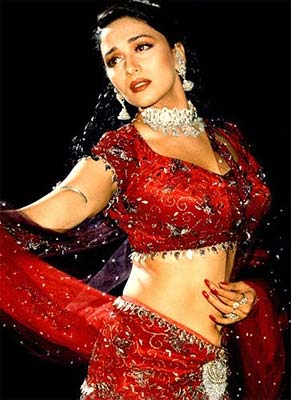 Yes, Madhuri Dixit's back in India for a longish holiday. Her first public appearance at the Filmfare Awards got her a standing ovation.

Now, the actress plans to make a Bollywood comeback. She tells Subhash K Jha more about her plans.

After the kind of response you got for your performance at the Filmfare Awards, are you planning to return to cinema?

Yes, I will probably do one film a year. There are lots of offers, and I need to listen to the scripts and decide what to do. It has to be a project convenient both for me as well as the producer, in terms of location, etc. Looking after my home and children, I can still take time off for one movie, but coming down here for the shooting would be tough. We must remember that a lot of Bollywood movies are now made in the US.

Would it be difficult for producers in Mumbai to reach you in LA?

The world is becoming such a small place. People sitting in Hong Kong do business with people in India. So, communication is no problem. 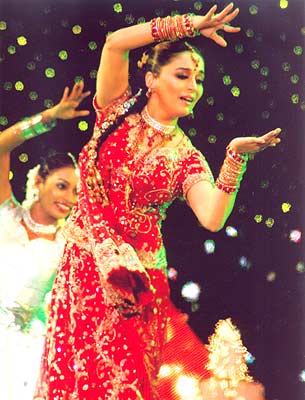 What prompted that live performance at the Filmfare Awards?

I didn't think I was going to perform. I was in Mumbai to chill out, have a holiday. Filmfare approached me and Rikku persuaded me. As I wasn't out of shape, he thought I could do it. Also, considering I had been with the industry for so long, I thought it would be nice to catch up with all my colleagues through my performance.

Most people feel there can never be another Madhuri Dixit.

Audiences still send me fan mail. To be loved and cherished is a beautiful feeling. Talent never dies. I was very apprehensive about dancing on stage. I hadn't done it for four years. To my surprise, it wasn't difficult. Even Saroj (Khan) said it didn't look as if I had been away for so long. Acting and dancing is hard to forget.

We noticed you only danced to songs from Devdas.

Yes, I have had the chance to perform my earlier hit songs at the Filmfare Awards. I had never performed the Devdas tracks before. They have a great dignity about them, and a touch of the classical. That element in dancing is really close to my heart. 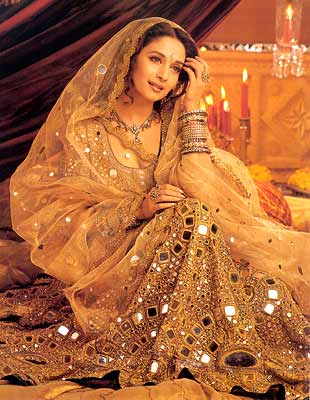 Do you miss the film industry?

It depends on what you mean by the industry. If you mean the paraphernalia, I don't miss that. But I miss my craft, the preparation for scenes, the nervousness before every shot and all that dhak dhak. But I hardly have the time to think of this in LA. My children are young -- 1 and 3 years old -- and demanding. But, in quieter moments, I do think about my studio life.

The older son will soon get to know how famous his mom is.

He got a taste of it when he went to a doctor in Mumbai. A photographer followed us and clicked us. You should have seen how delighted my son was.

Your sons are the only ones not aware of your stardom.

Absolutely. When I came home after performing at the Filmfare Awards, they refused to recognise me with all that makeup. They couldn't watch me, even on TV. It was too late by the time my performance came on. But yes, once in LA, I tried to show them my songs. They weren't interested. And when I showed my son my face on the DVD of Devdas he casually said, 'That's you, mom'. He doesn't connect with my stardom. It would be fun to see how they react to Madhuri the star. 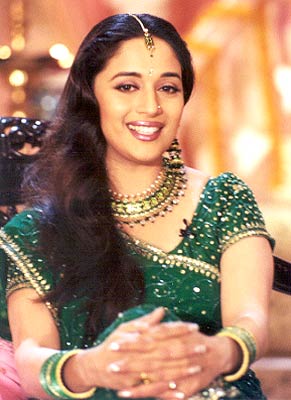 Do you miss the adulation?

Not at all. I'm too busy being the wife and mom. It was a dream for me to have my own family. And I have it today. I have grown up in a big family. It was very important for me to have one of my own. As important as my stardom, in fact more. I enjoyed the acting, but I was sure of how many years I'd give my career. After enjoying every bit of that, I am now enjoying domesticity.

I am sure you get recognised in LA.

Oh yes. In the malls. They come up to have a picture taken with me. That's it. They mean well.

You have come back to a different film industry.

Yes. Today's films are technically much more advanced. And as Hindi cinema now goes to many parts of the world, they are aesthetically far better than the earlier films. I look at some my earlier films and cringe. But that was what filmmaking was about then. I enjoyed it thoroughly. Though it's great to see the changes. I love the care taken to look into details. 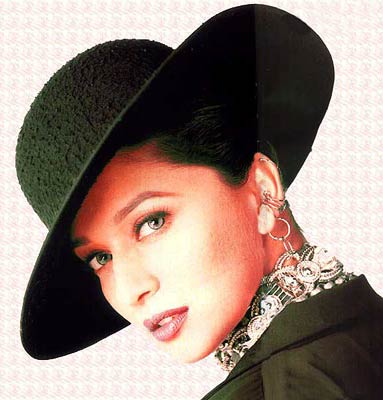 Do you have lots of friends in the industry?

Not many, but I have lots of well-wishers. And I know that if they have something in mind, they will approach me. The project has to be worth my while.

There were three films I was supposed to do two years ago, but they didn't happen because I got pregnant. I suppose bringing up a baby was more exciting than doing a movie at that point. Now, people who come to me do so with concrete characters, not just random offers. That's wonderful. I'm open to all kinds offers as long as I'm not asked to do anything boring.

Have you watched any films lately?

I saw a few songs from Bunty Aur Babli and love Kajra Re. Parineeta is the only film I have seen. I liked it.

You would have fitted in very nicely there.

But Vidya Balan has done a wonderful job. Now that I'm here, I plan to leave the two boys with my parents and catch up with new films.