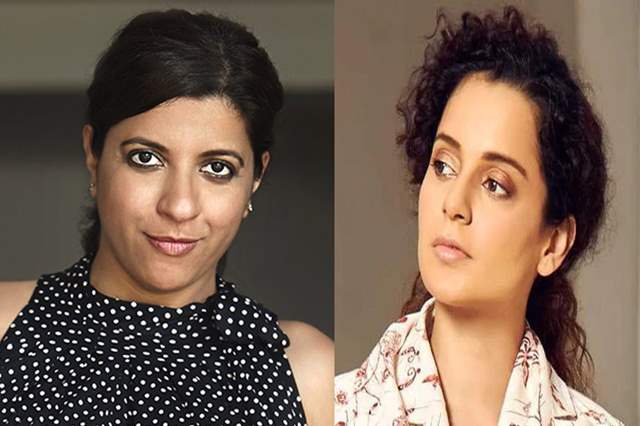 Kangana Ranaut indeed continues to be the topic of conversation every day, and while things continue to be about nepotism and Sushant Singh Rajput, there was another comment by Ranaut that sparked a controversy a while ago too.

Back when Gully Boy swept away all the awards and recently when Rajput passed away, one of Ranaut's claims was that Kedarnath should have won the awards and not Gully Boy. And now, in a recent interview with India Today, director of Gully Boy, Zoya Akhtar has responded to the same. She mentioned that she did not feel offended by Ranaut's comment on Gully Boy where she herself didn't attend the ceremony in which the film won all the awards.

Previously, news reports suggested that the Manikarnika: The Queen of Jhansi actress Kangana Ranaut had stated that the film Kedarnath, starring the late actor Sushant Singh Rajput and Sara Ali Khan should have won the awards, and not Zoya Akhtar's film Gully Boy starring Ranveer Singh and Alia Bhatt.

The filmmaker also adds that Kangana Ranaut has boycotted the film awards and still is making statements about them. The Gully Boy director was quizzed if she felt bad about people talking about her film in a negative way. Zoya Akhtar says that we live in a democracy and everyone has a right to have an opinion and she is not affected by the statements made by people on her work.

phadukaran 1 months ago Gully boy didn't make it to oscars because it was copy of mulitple films into one. Indian Awards are SOLD hence they don't look at other things but who is popular.

TaranaJamili89 2 months ago That what I I thought too. Gully boy was not that good movie, but also no doubt Ranveer Singh is a great actor.